Finland will assume the Presidency of the EU Council on 1 July 2019. The third Finnish Council Presidency will take place right after the EU elections, and it will coincide with the process of making the EU’s top appointments and agreeing on the key political priorities of the EU’s five-year institutional cycle. Finland’s own presidency priorities will be finalized by the new government in the making.

The aim of the TEPSA Pre-Presidency Conference was to provide sound assessment, analysis and advice on topical issues facing the EU in general and the Council Presidency in particular. In this context, the conference addressed themes and topics such as the Future of Europe in light of EU elections, EU defence in the changing security policy landscape and the Finnish Presidency priorities. Other key topics (inter alia) included Growth and Multi-Annual Financial Framework, Rule of Law challenges, and the Future of EU-Africa relations. 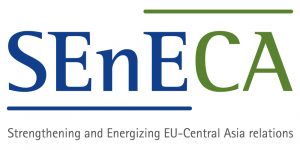