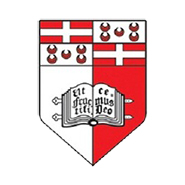 The Institute for European Studies is a Jean Monnet Centre of Excellence engaged in teaching and research at the University of Malta. It runs a Bachelor degree course in European Studies, a Master’s degree in European Politics, Economics and Law, a research MA and a small Ph.D. programme. All courses are taught in English. It has a full-time academic staff complement of seven supported by a team of four administrators and makes use of a number of part-time, visiting lecturers specialized in particular areas of EU integration. The student population of the Institute has increased over the years and currently stands at around 190 a year.

Since 1991, the Institute has been awarded two Jean Monnet Chairs and its staff are active in several transnational research projects. The Institute is also a member of the ECPR, EADI, EUROMESCO and FEMISE. Just under a 1,000 students will have graduated from the Institute by the end of 2017. Towards the end of this year, the Institute achieves another first with the award of the Ph.D. to a student who has successfully completed and defended her research thesis. The graduates of the Institute find employment in EU related positions in the public service, the diplomatic corps, EU institutions, the media, the private sector and academia. Since Malta joined the EU in 2004, two of the Institute’s graduates were elected to the European Parliament and the Maltese Prime Minister completed the MA in European Studies offered by the Institute in 1997.

The research interests of the institute’s staff vary but  include the following: Euro-Mediterranean Relations, Neighbourhood Policy, Small states and the EU, the Economics of European Integration, Development and Climate change, EU trade, governance, Migration and Malta in the EU. The Institute and the EDC publish separate newsletters. The Institute’s web-page can be accessed at http://www.um.edu.mt/europeanstudies from where readers can be directed to information about the courses, activities, staff and publications.