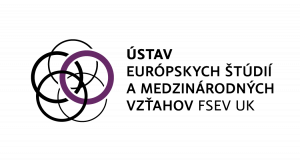 The Institute of European Studies and International Relations (IESIR) builds on the legacy of the Department of Political Science founded by Prof. Miroslav Kusý at the Faculty of Arts, Comenius University in 1990. In addition to that, the direct predecessor of IESIR was the Centre of European Studies, founded as a multidisciplinary research centre at Comenius University in 1998. In its present form, IESIR was established at the Faculty of Social and Economic Sciences at Comenius University in 2001. As part of its institutional structure, IESIR also hosts the UNESCO Chair for human rights education (the oldest one in the world, established in 1992).

IESIR offers Bachelor’s and Master’s degree programmes in European Studies. It also offers a PhD programme in European Studies and Politics. Most of the courses at IESIR are offered in English by Slovak and international lecturers. Students can upon direct agreement with the lecturers to conduct their research in other than English or Slovak language. IESIR became regular member of TEPSA in 2012. In 2016, IESIR hosted the TEPSA Pre-Presidency Conference.

It publishes articles on contemporary world politics and the global political economy from a variety of methodologies and approaches.

Lucia Mokrá, Dean of the Faculty of Social and Economic Sciences at Comenius University, of which IESIR is part,  is a member of the TEPSA Board since January 2017.