The new project “German-American Dialogue on the Post-Soviet Space: Assessing the State of European Integration and Potential for Transatlantic Cooperation – the Case of Moldova” seeks to foster transatlantic dialogue on the post-soviet space and is implemented in co-operation with the German Marshall Fund of the United States (GMF).

The project aims at reviewing policies and instruments of Germany, in the framework of the European Neighbourhood Policy and the Eastern Partnership and those of the USA with respect to their capacity to support transformation processes in the post-soviet space.

Within a series of four dialogue workshops the exchange between representatives from the USA, Germany and other European countries and the target countries of the Eastern Partnership will be promoted.

The IEP’s new project “Think Tanks in Ukraine: Strengthening expertise and promoting European cooperation” focuses on Ukrainian think tanks and will be jointly implemented with the partner organization Ilko Kucheriv Democratic Initiatives Foundation, Kyiv, and is supported by the German Federal Foreign Office.

The aim of the project is to develop institutional competences of Ukrainian think tanks and promote their expertise. Concurrently, the project strives to contribute to the strengthening of competences on Ukraine in Germany. By providing a platform for the dissemination of Ukrainian expertise through a series of publications, the IEP and its partners hope to shape and inform the German and European discourse. 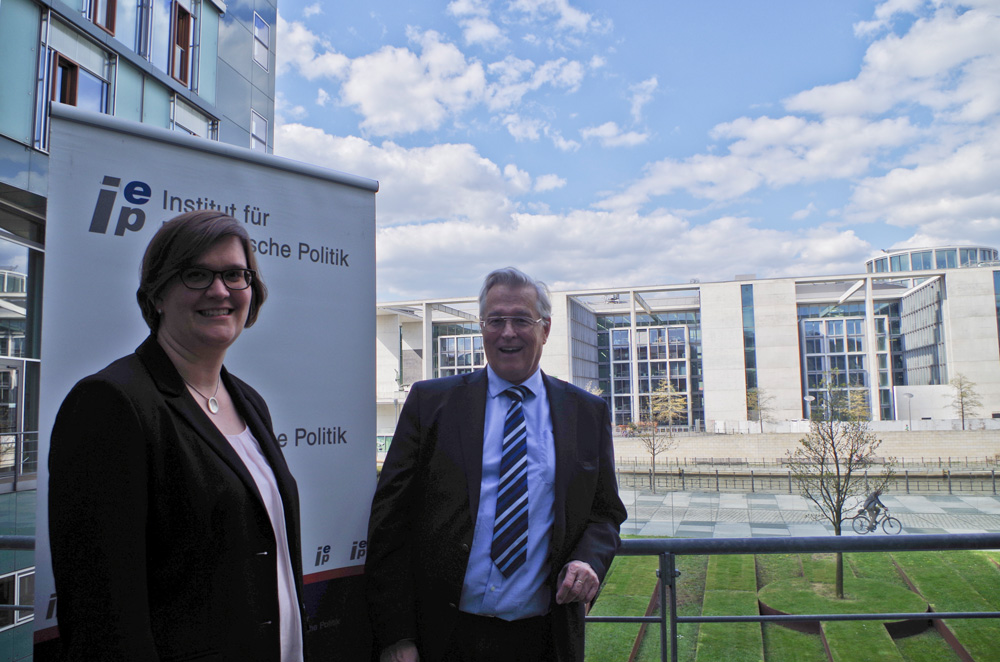 The managing directors of IEP, Prof. Dr. Mathias Jopp and Dr. Katrin Böttger, are pleased by the election results: “With today our Academic Advisory Board contains 19 more women. We welcome the new colleagues with backgrounds in political science, sociology, history, law and economics that will enrich the board with their expertise.” Amongst the new members are Prof. Dr. Gabriele Clemens, University of Hamburg, Prof. Dr. Miriam Hartlapp, University of Leipzig, und Prof. Dr. Dr. h.c. Angelika Nußberger, University of Cologne.

A presentation of the Academic Advisory Board can be found here. For further information about the Board of Trustees please click here.

Elmar Brok re-elected as President of the European Federalists

IEP Vice-President Elmar Brok, MEP continues to lead the Union of European Federalists (UEF). He was re-elected at the UEF-Congress, which took place from 10 to 12 June 2016 in Strasbourg. Otto Schmuck, former member of IEP’s team and member of its Academic Advisory Board is the new Vice-President of the UEF. IEP-Director Mathias Jopp and Julian Plottka, Research Associate at IEP were included in the Federal Committee.