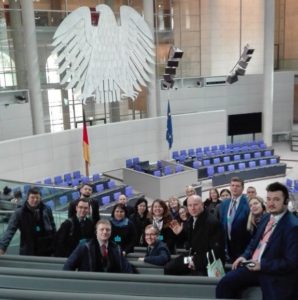 From 13 to 18 March the Institut für Europäische Politik invited 22 participants including representatives of Ukrainian civil society organisations and staffers of the European Integration and Sectoral Committees’ Secretariats of the Verkhovna Rada of Ukraine to a study trip in Berlin and Brussels.  The study visit can be seen as a direct follow-up and complementary action to the training series within the project “EU Association Trainings”, implemented by the Institut für Europäische Politik in 2016 in Ukraine and supported by the Federal Foreign Office. The trainings had at their core the effective implementation of provisions related to the Association Agreement/Deep and Comprehensive Free Trade Area. 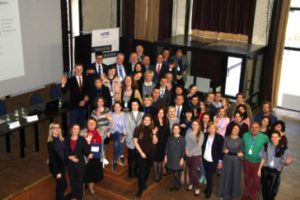 From 29-30 March around 60 alumni of our Civic School for Sound EU Practice (CiSEP) followed the invitation to take part in the interactive conference “Reforms! Changes! Really? Civil Power for Stronger Results” in Chernihiv, Ukraine. 1,5 years after the start of our CiSEP training series, the conference brought the civil society members together to discuss Ukraine’s EU association process and their role in it (in the past, present and future).  The participants had the chance to intensively evaluate their previous project work and elaborate new ideas for strengthening Ukrainian civil society in the future. Of course networking and the mutual exchange of ideas were an important part of the agenda as well.

On Thursday, 23 March 2017, the IEP Lunch Debate with Mrs. Beate Grzeski, Commissioner for Refugees and Migration at the Federal Foreign Office on the topic “Migration: Major Task for Germany and Europe” took place. An introduction was given by Richard Nikolaus Kühnel, Representative of the European Commission in Germany. The event was moderated by Prof. Dr. Mathias Jopp, Director of the Institute for European Politics (IEP). 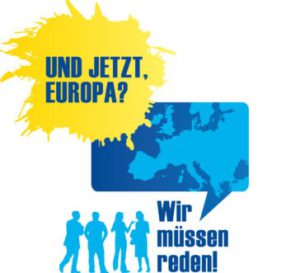 Civil Dialogue in Bremen: “And now, Europe? We need to talk!”

The Institute for European Politics invited citizens to a civil dialogue in Bremen on 16 March 2017, entitled “And now, Europe? We need to talk!” and sponsored by the Europa-Union Deutschland. This dialogue with politicians and experts featured an exchange of opinions, experiences, expectations, fears and hopes. In doing so, the largest civil initiative for Europe in Germany was established in 2017, following the successful format of its previous civil dialogues, “TTIP – we need to talk!” and “Europe’s borders: we need to talk!”. 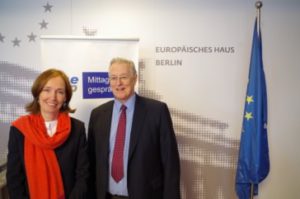 On 8 February at 12.30 p.m., we welcomed Dr. Emily Haber, State Secretary at the Federal Ministry of the Interior as a speaker at the IEP Lunch Debate on the topic “European Migration Policy from a German Perspective”. The debate was opened by Bernhard Schnittger, Deputy Head of the European Commission’s Representation in Germany. The event was moderated by Prof. Dr. Mathias Jopp, Director of the Institute for European Politics (IEP).

Do we need a future vision for Europe? What has to happen for Europe to develop according to our ideas? On 27 April 2017 the Institute for European Politics as a scientific partner, together with the Europa-Union Deutschland, will organize the next Civil Dialogue entitled “And now, Europe? We need to talk!”