First workshop of the German-American Dialogue on the post-Soviet space: “Assessing the state of European integration and potential for transatlantic cooperation”

From July 5th to July 6th the first workshop of the German-American Dialogue on the post-Soviet space was held in Berlin. More than forty experts and practitioners in the field from Germany, the United States, Georgia, Latvia, Romania and Moldova came together to discuss the U.S. and EU policies towards the post-Soviet space.

The conference was devoted to the challenges of transformation in the countries of the EU’s Eastern Neighborhood, specifically in Moldova, and the EU and U.S. interests, policies and instruments towards the region. A central question in the discussion was how real transformation in the countries of the post-Soviet space could be supported. In this context, the use of conditionality and increased pressure for reform, as well as the prospect of EU membership and the outcomes of the “more for more” policy were discussed. Furthermore, a recurring topic of the discussion was Russia’s role in the region and the consequences for the target countries as well as the policies of the EU and the U.S..

The workshop was the first of four workshops in the framework of the German-American Dialogue on the post-Soviet space. The project is realized in cooperation with the German Marshall Fund of the United States, with support of the Transatlantik-Programm of the Federal Republic of Germany. 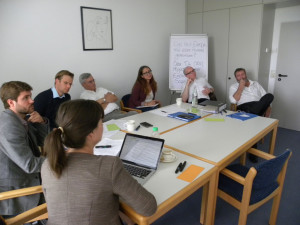 The European Academy Otzenhausen (EAO) hosted the second workshop within the framework of the “Alternative Europe/EAO – focus on European politics education 2016-2020” on June 28th and 29th 2016. The project is run by the ASKO Europa-Stiftung (AES) and the EAO in cooperation with the Institute for European Politics (IEP). Based on the findings of the previous workshop in Saarbrücken in April 2016, fifteen participants from the EAO, ASKO Europa Stiftung, and Young European Federalists (JEF), discussed European politics with representatives of the IEP and academics. The objective was to identify subjects, which would become increasingly relevant for the educational purposes of the EAO.

International Conference on “The EU, Central Asia and the Caucasus in the International System” took place in Almaty, Kazakhstan 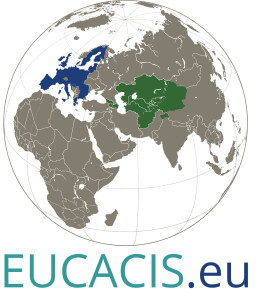 On 30 and 31 August 2016, the international conference “The EU, Central Asia and the Caucasus in the International System” (EUCACIS) took place in Almaty (Kazakhstan). The conference served as the kick-off event for the identically named PhD Support Programme which is jointly organised by the Centre international de formation européenne (CIFE) and the Institut für Europäische Politik (IEP) and funded by the Volkswagen Foundation and the Erasmus+ Programme of the European Commission. The event also profited from financial support of the Friedrich-Ebert-Stiftung.

The conference has been attended by experts and contributors from Central Asia, the Southern Caucasus, Europe, China, India and Russia who discussed various aspects of the relations between the EU, Central Asia and the Caucasus as well as current developments and challenges in policy fields such as water, resources and trade, security and foreign policy.

In April the first of eight workshops of the Institute for European Politics (IEP) “Training The Trainers on EU Project Cycle Management” (TTT on EU-PCM) for 30 members of the Ukrainian Civil Society started in Kyiv. Since then four more were successfully implemented in Kyiv, Lviv and Chernihiv. Responsible for the implementation of the workshops is Martin Stein, Project Manager at IEP.

The two most recent trainings took place in Lviv (8-10 August) and Chernihiv (9-11 September) and marked the half-time of the training series. They dealt with the final aspects to successfully apply for funds to the European Union: Writing the full application and preparing as well as running a budget according to the EU requirements. For this experts from the Western Balkans were invited to share their experience and knowledge with the participants.

The training series is part of IEPs ongoing EU-Association capacity building projects in Ukraine and belongs to its Civic School for Sound EU Practice (CiSEP), that launched a year ago and works with members of the Ukrainian Civil Society to enable them to effectively monitor the association process and to apply for EU funds available to Ukraine as well as to plan, organise and implement projects according to the requirements of the EU. The last part belongs to the “TTT on EU-PCM” where the participants are also receive sessions on how to successfully prepare and implement trainings to provide them with the skills and tools to pass on their knowledge to fellow members of the Ukrainian civil society.

The final three workshops will take place from October to November in Odessa and Kyiv.

The training series is organised in close cooperation with the Polissya Foundation for International and Regional Studies, based in Chernihiv, and locally with the Lviv branch of Civil Network OPORA.

The project is kindly supported by the German Federal Foreign Office.

For more information on the project see our website.

The 5th capacity development training for staffers of Ukrainian parliamentary committees was successfully carried out by Constanze Aka from 30 June till 1 July in Kyiv, Ukraine.

Exactly six months after the Deep and Comprehensive Free Trade Area (DCFTA) entered into force, participants had the opportunity to debate principles and progress of DCFTA implementation with trade experts and government representatives. They laid special focus on the DCFTA chapters “Market Access for Goods” and “Customs and Trade Matters”.
Furthermore, the group discussed challenges and opportunities regarding parliamentary EU coordination and interparliamentary diplomacy.

Overall, the training series aims at strengthening the capacities of the Verkhovna Rada to effectively contribute to the implementation of the Association Agreement. Halfway through the workshop series this is how participants see it: “Thank you very much for an interesting training! You always invite very interesting speakers who can share their knowledge and experience with us. There is always good balance and mix of topics we discuss.” 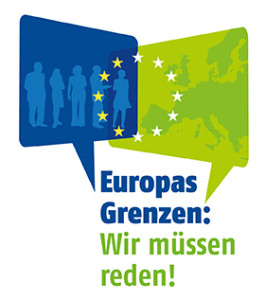 The Institut für Europäische Politik operating under the leadership of Europa Union Deutschland (EUD) invited all those interested to a civil dialogue on „Europas Grenzen – Wir müssen reden!“ on 1. September 2016 in Wuppertal. The internal and external borders of the European Union were the topic at the core of the debate. Questions were related to the European border management and its current development: Does the European Project meet its limits? Is the European capacity to act, its solidarity and the future prospect of the European Idea under threat?

At the dialogue „Europas Grenzen – Wir müssen reden!“ citizens were enabled to discuss with politicians and experts about the future of Schengen, the freedom to travel, the even more fundamental freedom of movement, and also, how the migration crisis can be coped with on a European level. Will Europe become “Fortress Europe”? Are there viable alternatives? Do we need once again border controls, walls and fences? Or do these developments, in fact, jeopardise European solidarity and in the end maybe even our freedom? What about the achievements of free movement and open borders?

Further information about the event and about the EUD series are available here and on our website.

In the course of the project “TruLies – The Truth about Lies on Europe” of the Institute for European Politics (IEP) in cooperation with Das Progressive Zentrum we hosted a IEP Lunch Debate with Manuel Sarrazin, MP (member of the Alliance ’90/The Greens parliamentary group in the Bundestag) who spoke on the topic “European Populism in Germany”.

On 23 September 2016 the IEP hosted a Public Debate with Prof. Nathalie Tocci, Deputy Director of the Istituto Affari Internazionali (IAI), Rome, on the topic “Europe’s Global Strategy – its making, its objectives and implementation” at the Europäisches Haus in Berlin.

This year’s meeting of the IEP’s Academic Advisory Board will take place on 29 and 30 September. Since 2015, refugee flows towards Europe of hitherto unknown dimensions have caused considerable internal and external challenges to the European Union. The aim of this year’s conference is to promote the exchange of different ideas and viewpoints of the members of the Academic Advisory Board on the consequences of refugee flows.

For the first time, and parallel to the annual conference of the Academic Advisory Board, a special meeting for young experts will take place. This meeting is meant to provide a platform for representatives of political organizations and think tanks to discuss their ideas on the topic “Alternative Europa!”.