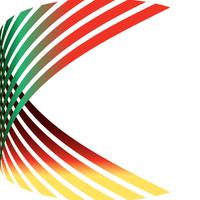 On 24 and 25 January 2013, the first annual meeting of the German-Portuguese Forum was held at the Calouste Gulbenkian Foundation in Lisbon. Among the highlights of the forum, which was attended by around 300 participants, were the speeches by the German and the Portuguese Foreign Ministers. The program was completed by thematic panels and speeches by policy makers and experts from both countries.

The German-Portuguese Forum is a civil society initiative, which is coordinated and carried out by the Instituto Português de Relações Internacionais (IPRI-UNL), a new member of TEPSA since December 2012, the Calouste Gulbenkian Foundation in Lisbon, and the Institute for European Politics (IEP) in Berlin. Serving as a platform for exchange and discussion, the bilateral forum is open to all groups in society and aims to become an important institution of social dialogue between Portugal and Germany, which promotes the exchange of ideas and experiences between representatives and experts from politics, economy, culture, science and civil society. Objectivity and a cross-party political balance are considered as fundamental principles of the forum. This first annual conference was especially concerned about discussing and identifying common solutions and answers to the current crisis and dealing with the prospects for the German- Portuguese partnership in its European context. All in all, the Forum was perceived a success and as an important contribution to a better understanding and a more dynamic communication in the bilateral relations of the two countries. The Forum will be continued next year by the second annual meeting in Berlin.