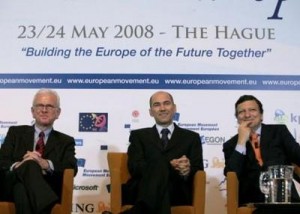 On 23-24 May 2008, Yvonne Nasshoven attended on behalf of TEPSA the 60th Anniversary of the Congress of Europe in The Hague.

Five items were discussed with high priority: To make the issue of energy a common policy, to create a stronger CFSP, to have the ERASMUS programme not only accessible to university students, to enhance women’s rights, and for the European political parties to nominate who is running for the office of the President of the European Commission for their political family. In general, an optimistic and constructive sign was given from the Congress of Europe.