Jaap Hoeksma argues that the discrepancy between the Brexiteer’s portrayal of the EU as the ultimate dictatorship and the EU’s self-perception as a democratic Union of democratic States is bound to result in a further deterioration of the relations between the former partners. He welcomes the involvement of British politician Richard Corbett in the EU’s Conference on the Future of Europe, since building bridges is an essential precondition for restoration of trust. 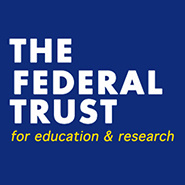