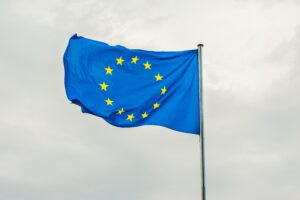 The EU has faced a string of major crises over the past 15 years, severely challenging its resilience. It has reacted with remarkable unity and determination overall. While each crisis revealed its weaknesses and fault-lines, each crisis has led to more integration. However, the world enters ever greater turmoil. Will the EU cope with the new challenges that are piling up, and emerge even stronger? Or will it fall victim to internal divisions, political instability, and social unrest? We will look at the key challenges and the possible responses.

The war continues unabated in Ukraine. No-one knows where it is going and how long it will last. It has already led to massive geopolitical changes: a coming together of the US and EU and a reinvigorated NATO, (with Finland and Sweden being candidates to join), the confirmation of an alliance between Russia and China, and a reluctance across wide parts of the world to take sides in what they perceive as a new East-West conflict.

The reaction of the EU has been strong and united. It has adopted six sanctions packages since 24 February that are far-reaching and include a ban on oil imports from Russia. It is the first time that EU sanctions really are an instrument of a comprehensive policy rather than a substitute for the absence of one. Assistance to Ukraine, including by financing weapons for the country, has been impressive, and the June European Council has further steeped up the effort.

Its decision to award the candidate status to Ukraine and Moldova and to leave the door to Georgia half-open is momentous. This development, brought about by an extraordinary situation, is a gamble on the future. The signal is strong and will have lasting effects, with no certainty where it will lead the EU. The way ahead is fraught with obstacles: the outcome of the war in Ukraine, the respect of the conditions that go with the accession process, the effects on the functioning and nature of the EU itself, the link with the Western Balkans. One remark in this context: there is no point in spending endless hours on when exactly those countries will join; this will only lead to mutual recrimination. What the EU should do now is launch a massive positive program of assistance for all the candidate countries, to avoid a repeat of the Western Balkans story. The RebuildUkraine initiative proposed by the Commission is a step in the right direction.

This will be a long journey. But one thing is clear. The perspective for Ukraine, Moldova, and Georgia to join an EU that works extremely closely with NATO, has its own Mutual Defence Clause (article 42.7 TEU), and invests increasingly into security and defence, kills any idea of a neutral Ukraine playing an intermediary role between Russia and the EU. The message to Putin is: “You have burned all the bridges, so be it.” This a big shift. It means that we are in for the long haul, regardless of who governs in Moscow.

Concerning wider Europe, the June European Council refers to the idea of European political community, whose aim will be “to offer a platform for political coordination for European countries across the continent. It could concern all European countries with whom we have close relations. The objective would be to foster political dialogue and cooperation to address issues of common interest to strengthen the security, stability, and prosperity of the European continent.” Drawing the lessons from the failure of a similar idea that France suggested in 1989 of a European conference, the leaders make a clear distinction between this new community and the enlargement process. In other words, this is not a substitute for accession. The conclusions also contain an assurance for the present Member States that it will not limit the EU’s decision-making powers.

Here is the place to say a word about relations with the UK, in view of the latest developments around the Northern Irish Protocol. Brexit was a British decision. Hence, the solution on future relations depends on political developments in London more than anything else. There is no reason to be accommodating towards a Johnson government that spurns international law and whose hostility towards the EU is at least one thing that will please Putin. Allowing this UK government to get away with this behaviour would make the future reconstruction of a healthy relationship impossible. It would undermine those people in Britain who want a positive relationship with the EU. We should be ready to accept that things will be shaky and unsatisfactory for a period. But while we must defend our interests, including via the judicial route and, if necessary, economic countermeasures, the EU should remain calm and never indulge in rhetoric against ‘the British’; I am a fan of the Barnier method.  It must keep the door open for a close, mutually beneficial partnership, when a change of mind occurs in Westminster. The UK cannot afford a lasting deterioration in the relations, and the EU has no interest in it.

As to Turkey, it plays a highly ambiguous game, going as far as blocking the accession of Sweden and Finland to NATO. Its attitude towards the EU is highly unpredictable and the recent provocations against Greece do not augur well for the future. It is difficult to recognize here the normal behaviour of a candidate country.

These major geopolitical shifts take place against the background of a worsening economic and social situation. The EU, as others, faces spiraling energy and cereal prices and inflation levels not known for decades. The frantic search for energy alternatives to Russian gas and oil clashes with the climate change targets, as coal mines reopen in Germany and elsewhere. Big questions arise about economic governance: how to manage inflation, how to ensure a reversal of the increasing debt levels, how to deal with the reduction of quantitative easing. Social unrest increases, as seen in Belgium over the last days. At the same time, political instability is on the rise, as seen with the latest French elections, the outcome of which raises questions about the governability of one of the key Member States. It would be a tragedy if the impressive show of unity concerning Ukraine foundered on the rocks of a political, economic or fiscal crisis.

The times to come will be challenging. It will be more important than ever to preserve European unity on the big issues. I say “big issues” because controversial debates about policies are not a problem, they are part of democracy; we should stop talking about a ‘crisis’ whenever there is disagreement on policy choices, or institutions discuss controversially.

More generally, the EU should continue drawing all the lessons from the past and present crises and launch a concerted and structured effort of increasing our resilience and capacity to act (‘Strategic Autonomy’). This should comprise a systematic analysis of our strengths and weaknesses across the whole policy range. It is vital to face the myriad of difficulties we are facing.

There is also a need to look at internal problems and divisions. The time has come for a fresh dialogue with countries like Poland and Hungary on the way to deal with each other and on the common responsibility to respect fundamental values and diversity at the same time. This has started with the recent agreement between the Commission and Poland on issues of rule of law. The geostrategic shifts we described and the risks that go with them should help focus minds across the range of political views in the EU.

The overall picture looks gloomy. It is difficult to be overly positive about the state of a world that is in turmoil. That is not a reason to abandon hope or determination. And even less so to call into question the EU or to undermine it. With a strong and united EU, we have a fighting chance to cope with the modern world. Without the EU, there is zero chance to do so.