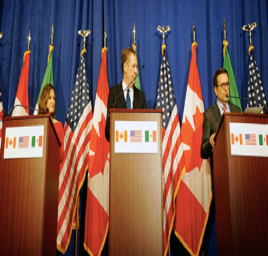 Trump protectionist’s measures in the arena of trade have been taken as a vital challenge for global community. His policy of non-multilateral agreements promotion appeared like a shock for the rules-based international liberal order. Surprisingly, thought it may seem his policy has been less damaging than the feared-former thoughts.