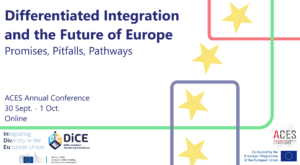 The Amsterdam Centre for European Studies (ACES) is organising its annual conference, to be held online on September 30 – October 1, in collaboration with InDivEU and DiCE.

Differentiated integration, understood as rules and policies that apply to some but not all member states, has become increasingly central to academic and political debate on the future of the EU. Established divisions between groups of member states, such as the Eurozone and the Schengen Area, show no signs of disappearing, while new ones such as Banking Union and Permanent Structured Cooperation (PESCO) in defense have recently been introduced. Non-member states such as Norway, Switzerland, and Turkey likewise participate in key EU policies like the Single Market and the Customs Union.

Some EU leaders, such as President Macron of France, see closer cooperation among a hard core of countries as the most promising pathway to deeper European integration, while others, like Commission President von der Leyen, appear more concerned with ensuring that member states move forward together within a common policy framework. Differentiated integration has also been proposed as a means of accommodating national diversity within an increasingly heterogeneous Union and reducing public discontent with European integration by allowing member states to opt out of specific EU policies.

Panel 1: Differentiated Integration in Theory and Practice: State of the Art

Panel 2: Politics and Preferences: For and Against Differentiated Integration

Panel 3: Brexit and the Future EU-UK Relationship: A Case of Differentiated Disintegration?

Panel 6: Differentiated Integration and the Future of Europe 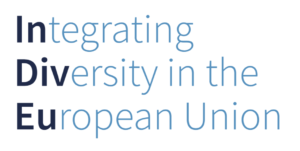