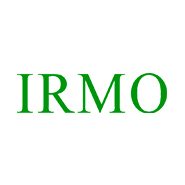 IRMO researchers have published a project study „ Analytical base for the Report on progress in implementation of the Partnership agreement between the Republic of Croatia and the European Commission “. This study published in Croatian was made for the Croatian Ministry of Regional Development and EU Funds. Its goal was to evaluate in a concise way key development trends and needs in the areas which could be financed from the European structural and investment funds. The position of Croatia is analysed in fourteen thematic areas, wherever possible through comparison with other EU member states. Every thematic area is consisting of the analytical part as well as conclusions and recommendations related to the most urgent development needs. Although this analysis was primarily based on data since 2012 its results enable the policy makers to perceive in which areas Croatia is making a progress and where it is stagnating or even falling behind. Based on results of this study the Ministry may decide to pursue changes to the Partnership agreement and particular operational programs. The general conclusion of the study is that, despite improvements in some areas, since joining the EU, Croatia is unsuccessful in improving its relative position compared to other EU member states. The coordinator and main researcher on this project was Jakša Puljiz, PhD.