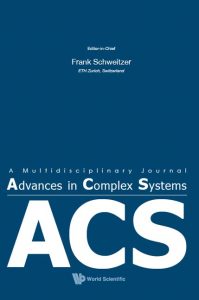 “Actors in the Prisoner’s Dilemma agent-based model presented here decide between cooperation and defection in binary interactions determined by distance and overall gains. The paper thus tries to answer one of the fundamental questions of international politics: how does cooperative behavior perform in an environment governed by power and location? Two kinds of noise and the reward for mutual cooperation oscillating between temptation and punishment payoffs with a variable speed were added similarly like few completely new strategies inspired by foreign policy behavior of states. The initial success of generous reciprocal altruists is no surprise, but the lacking relationship between frequency of interactions and cooperativeness at the level of pairs already suggests some similarity with the system of states. Yet, the most important outcome is victory of the balance of threat strategy in all reruns with a heterogeneous pool of actors, despite the fact that this strategy was one of the least cooperative ones. At the same time, rules pre-selected by their success in the homogeneous and cooperative environment were still able to sustain intensive cooperation among themselves even within the heterogeneous pool of strategies.”