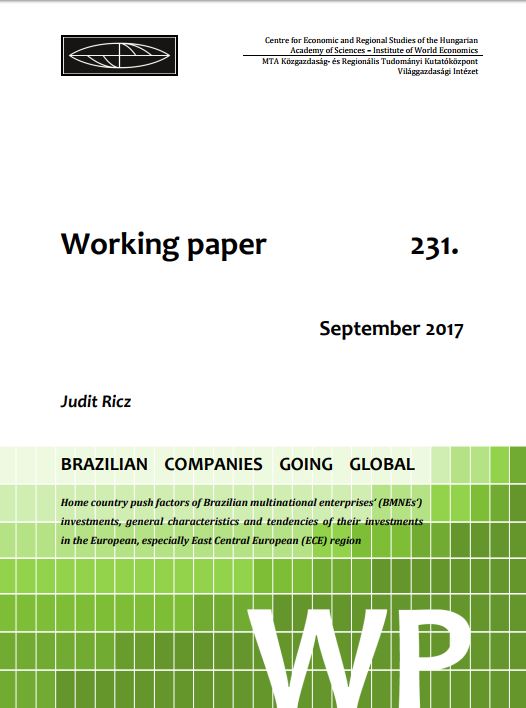 Recently we have seen a fundamental shift in the news regarding Brazilian multinational companies: as long as during the 2000s their successful expansion into global markets was celebrated, today their involvement in the widespread corruption scandal, originating from the kickback scheme (via systematic overpricing of contracts) from Petrobras is on a daily basis in the newspapers. The paper aims to analyse the going global strategy of Brazilian firms, with special emphasis on the home country push factors. After a general panorama on the numbers and main players, we look at the main driving forces behind the international expansion strategy (incl. government policies to support the internationalization of Brazilian MNEs), as well as the various obstacles Brazilian companies have faced on their dumpy road towards the global markets. Then we look at the main destinations of Brazil’s outward FDI, and analyse their localization strategies, with a special focus on the role of Europe (more specifically the Eastern Central European region). We provide some preliminary findings on the Brazilian companies present in the ECE region (especially in Hungary), while also try to reveal some region-specific driving forces and obstacles that might lie beyond the numbers.