Despite the posturing, both the United Kingdom and the European Union are trying to reach a deal. However, London’s cliff-edge strategy and Brussels’ control of the agenda and progress of the negotiations could result in an “any deal is better than no deal”. A last-minute “Australian” or “Canadian”-style trade deal would have severe economic repercussions for the United Kingdom, in the context of a Brexit that threatens the political system and even the United Kingdom’s unity. 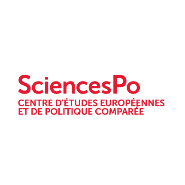