According to the EU Treaty, the functioning of the Union is founded on the principle of representative democracy. The citizens are at the EU level represented in the European Parliament. See for both statements: Article 10, paragraphs 1 and 2, TEU.

The system of indirect democracy is not only practised by the EU itself but in essence by all its Member States. Instruments of direct democracy, such as referenda, are made use of rarely. 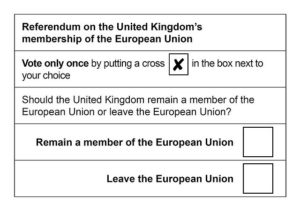 The whole Brexit discussion finds its basis in the outcome of a (consultative) referendum of 23 June 2016: 51.89 % of those who cast their vote supported the withdrawal from the EU, with 48.11 % opposing it.

More than three years after the date of the referendum, however, no agreement has been reached by the British Parliament regarding the modalities of such a departure from the EU.

In my country –The Netherlands– the instrument of a (national) referendum has been practised in recent history twice: in June 2005 with regard to the European Constitution and in April 2016 regarding the EU-Ukraine Association Agreement. In both cases, the treaty text concerned was rejected. The general opinion at the time was that both topics, in fact, were too complicated to be submitted to the people for a simple ‘yes’ or ‘no’ vote. In both cases, the result has therefore rather been interpreted as a vote against the government, the ‘elite’.

It is clear that something similar has occurred in the UK. The people have been invited to express themselves about a vital but huge –and rather abstract– topic without being able to oversee the implications of their vote. They have not been sufficiently informed, to put it mildly. The same, by the way, is true for the British government itself. Is it in fact not a shame that the responsible politicians apparently didn’t realise that, once the UK would leave the EU, a genuine external border would arise at the land border between Ireland and Northern–Ireland?

It is certainly not said that the system of indirect democracy is the ideal one. Members of national parliaments too, elected by the citizens, can make mistakes because of a lack of expertise, knowledge and/or information.

On the other hand, instruments of direct democracy should only be practised if the topic concerned is a concrete and understandable one with a relatively limited scope.  In that respect, citizens who participate in the vote must be fully aware of the consequences of their acts, when voting for the one or the other option. Here probably the experiences gained in a country like Switzerland –where referenda take place relatively regularly- can serve as an example.

Now, in the case of Brexit, the citizens obviously were not aware of the consequences of a ‘Leave’ vote. They, for example, didn’t know what it would mean in practice to not be a partner in the EU internal market and customs union cooperation anymore. 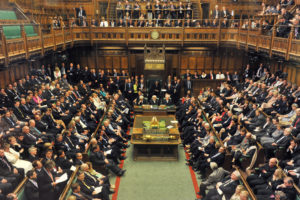 Therefore it must be concluded that the referendum of June 2016 was badly organised, and also that the outcome could serve –at best– as an ‘indication’ of what the voter wanted to achieve. In other words, the ‘direction’ of the debate was perhaps clear, however, not the precise arrangements connected to the departure from the EU.

For these reasons and in light of the chaotic discussions in the British Parliament during the last months -which arguably focused more on denigrating political opponents than on Brexit- and whether in the end a deal will be reached or not, a second referendum has to take place in the UK.

At the moment –a month before the ultimate date of 31 October– nobody has a clue where the debate in the British Parliament will lead to. So much, however, is clear that British people deserve to be heard about the merits of the final outcome of the House of Commons discussions. To that extent a second referendum -focusing on the topic which has given rise to so much anger, not only in Parliament but in British society as a whole– is also more appropriate than a call for general elections where the overall political situation of a country would be under discussion.