EuroMeSCo are opening a Call for Researchers to join the five EuroMeSCo Joint Study Groups 2020 on the following topics:

Each group is expected to produce a Policy Study with policy recommendations sustained in fieldwork and evidence-based research. Groups will be made up of four Authors, including a Coordinator, and respecting geographical, gender and generational balance.

The selection of topics is the result of almost 50 interviews with European Commission officials, including several Directorates General such as NEAR, GROWTH, CNECT, RTD, CLIMA, TRADE, ENER and FPI, as well as with EEAS officials, the office of the EU Counter Terrorism Coordinator and the Secretariat of the Union for the Mediterranean. The main objective was to map policy priorities and gather information regarding pressing issues on the Euromed agenda in order to define EuroMeSCo’s 2020 research programme and make it even more policy-oriented.

Applications will be opened until 15 June (included). 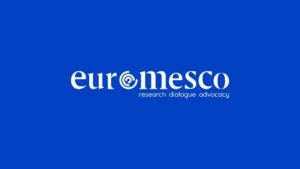