All too often following recent economic, migration and health crises, scholarly attention has focused on the universal development banks rather than exploring their regional and national counterparts. Where are the Public Development Banks (PDBs) in these crises? With notable exceptions we are left with an almost blank slate for contemporary engagement with European PDBs in particular.

This is a curious anomaly as since World War II existing PDBs have been strengthened while new ones have been established to promote economic reconstruction and growth. The increased role the European Union and its member states have carved out for themselves internationally positions the European PDBs at the forefront of the development finance system. Given their financial firepower, mandates and expertise, the European PDBs have been called to align to the Paris Agreement and the EU’s 2030 Agenda for Sustainable Development, and jointly supporting through their own and ‘Team Europe’ funds, a more open, integrated and coordinated development impact. Their ability to cooperate with multiple public and private, international and local stakeholders, and their wide range of financial tools, is central to contemporary efforts to build back better.

The European PDBs have steadily gained prominence at national, European and international level as instruments of economic diplomacy, serving foreign policy and geostrategic objectives. They constitute an important, yet under studied component of the European and international political and financial architecture. These institutions are situated among a growing network of embedded multilateral development arrangements that traverse multiple overlapping sovereignties, and operate at the global, international, regional, intra-regional, national and sub-national scales. The European PDBs have both regional and non-regional members and are ostensibly engaged in channeling financial and technical assistance to public and private borrowers while simultaneously disseminating knowledge, regimes, standards, and rules at the regional level in the broad context of development.

Despite their crucial role, research interest has been sporadic and not commensurate with their role. The limited literature that exists on the European PDBs tends to identify technical differences in terms of their origins, their institutional structures, lending processes and analyses their effectiveness in setting regional agendas. There is of course though a veritable landslide of material produced by the European PDBs themselves, as even the most cursory glance at their institutional websites affirms, and the PDBs remain a key source of data for the maintenance of economic modalities.

Our starting point is a relatively straightforward puzzle: why are the European PDBs under-explored across the academic literature? Our conference aims to bring together scholars from across different disciplines with pluralist methodologies to analyse the governance, operation, effectiveness, policies and long-term evolution of the European PDBs and their relevance to past, present and future development challenges.

CERE welcome conference papers from any social science field related to the European PDBs, including
but not limited to critical engagement with the following topics:

For each topic CERE are interested in examining continuities as well as change. Recognizing the broad
scope of the topic, CERE are also happy to consider other contributions within the broad scope of the
subject of European PDBs.

Authors are invited to submit an abstract (500 words) together with a brief bio to conferenceeib2022[at]gmail.com no later than 7 March 2022. Accepted contributors will be communicated by 15 April 2022 and a paper of between 6000 to 10000 words (inclusive of references) must be submitted by 1 July 2022.

Reasonable (economy fare) travel and hotel costs will be covered by the organizers.

Website: www.eibconference.com for information and updates concerning this Conference.

It is our aim that a selection of papers from the conference be published in a journal special issue and an edited volume with a leading academic publisher.

For the Scientific Committee: 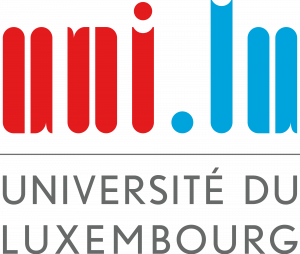