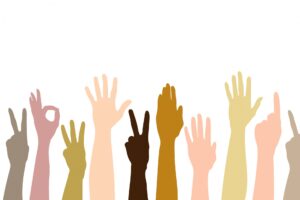 Hopefully the ‘Conference on the Future of Europe’ will open shortly after the summer break. The launch originally scheduled for 9 May (Europe Day), however, had to be postponed because of the Covid-19 pandemic.

The position papers of the Commission and European Parliament were already available. The Council’s position agreed on 24 June at Coreper level, can be found in doc. 9102/20.

What will the Conference be all about?

The Council document is to a large extent procedural in nature. In that context, for good reasons much emphasis has been placed on the active participation of citizens and the civil society in the discussions.

As to content there are references to a number of global substance matters, such as sustainability, societal challenges, fundamental values and the international role of the EU.

The document contains, furthermore, a ‘mysterious’ final sentence: ‘The Conference does not fall within the scope of Article 48 TEU.’ With that reference to the treaty amendment procedure the Council most probably intends to suggest that the objective of the Conference is not to arrive at conclusions that, in order to be implemented, require treaty amendment. However, such an intention does not exclude an outcome of the negotiations indeed requiring treaty amendment.

Be that as it may, a general discussion about the state of play of EU cooperation and its future perspectives is well timed in light of developments such as the Covid-19 pandemic, Brexit and the overall geopolitical situation. Moreover, it builds on the Bratislava Declaration of 16 September 2016 as well as the EU Strategic Agenda, adopted by the European Council on 21 June 2019.

It is also of utmost importance that ordinary citizens can play a role in the discussions. Although some coordination at EU level on this topic – how to involve the citizen? – may be useful, most probably stakeholders in each member state will choose their own approaches.

For TEPSA, as a multilateral academic network, the Conference represents a highly interesting challenge, notably with regard to the outreach to the people. Indeed, TEPSA has already gained a wide experience in organising public debates, such as town hall meetings, seminars for students and young professionals and platforms where representatives of the young generation can take the floor.

Of course, for the German Presidency of the Council taking office from the first of July 2020, the handling of the Corona Recovery proposals as well as the Multiannual Financial Framework 2021-2027 negotiations is the first priority. In that context the new EU priorities such as the Green Deal, Digitalisation and a Fair and Inclusive Social Environment, have to be dealt with as well.

That said, in light of the present political situation in Europe and worldwide, there is a logic that, apart from the topics already mentioned, at least the following substance matters will appear on the agenda of the Conference:

And, what about institutional reforms? Actually, there has been no word about these issues, at least not in the Council’s position paper. Most probably, however, the European Parliament will come forward with topics like the ‘Spitzenkandidaten’ procedure as well as the transnational party lists for the European Parliament elections.

So, let’s wait and see how the precise agenda of the Conference will look like, once the European Parliament, Commission and Council have agreed a text of a Joint Declaration.

Anyway, so much is clear, the time is ripe for a fresh analysis of the content and structures of our cooperation. At the same time, it is the right moment to discuss innovations and reforms. Thorough citizen involvement can only reinforce the legitimacy of this process.

In such circumstances the instrument of treaty amendment undeniably belongs in the Conference’s toolbox.