The new year in Brussels begins right away with a series of events, which many people have been waiting for for a long time. Commissioner-designates have been preparing – helped by their staff – over Christmas in order to be ready for the questions of the European Parliament. While the most part of the hearings will take place during the week of 11-15 January, some (future) Commissioners will have the joy of travelling to Strasbourg in the following week.

The European Parliament has acquired a certain measure of routine by now in the holding of hearings: Already for the Commission of 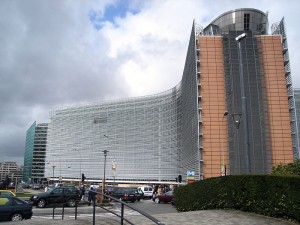 Jacques Santer hearings were undertaken – although when consulted on this issue the leaving Commission President Jacques Delors expressed his strong dislike. However, the Santer Commission agreed, and since then parliamentary hearings on the future Commission constitute a central part – though without treaty base – of the Commission’s appointment, injecting some of the Parliament’s legitimacy into the Commission. Andrew Duff, the EP’s rapporteur on the hearings even stated in his press conference that this task is picturing the “European Parliament as it ought to be”, with the goal to “have at the end a top-class Commission”.

Hearings, which are to assess a candidate’s general competence, his or her European commitment and personal independence as well as the knowledge of the prospective portfolio and the communication skills have been prepared by written questionnaires. They follow a clear structure: The Commissioner-designate opens after the technical introduction of the committee chair of the committee-in-lead the hearing with an opening statement, and then faces questions of the Parliamentarians. Hearings are restricted to three hours. After the public hearing the committees meet in camera to discuss the appearance of the Commissioner-designate; a letter with the committee’s opinion is then sent to the President of the EP. Hearings are not without their pitfalls: In 2004, Italy and Latvia had to send new candidates; Hungary received a new portfolio.