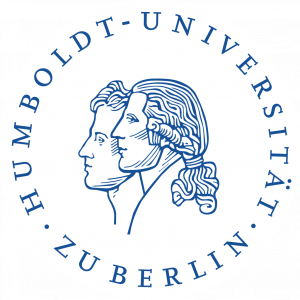 Humboldt-Universität zu Berlin is the oldest university of Berlin and located in the historical heart of the city. In 1810, Wilhelm von Humboldt’s vision for a new type of university became reality. The new university was the first to introduce the unity of research and teaching, to uphold the ideal of research without restrictions and to provide an all-round education for its students. These principles became general practice throughout the world.

Today, Humboldt- Universität ranks among the top ten of German universities. As one of eleven German universities it was chosen “University of Excellence” in June 2012 and was awarded for its future concept “Educating Enquiring Minds: Individuality – Openness – Guidance”. Scientists here research socially relevant topics and challenges of the future and communicate these with the public. Humboldt-Universität invests all its energy in being a place of excellent research and teaching. Its aim is to promote young talents and to positively influence society and economy outside the university framework. The number students has increased to about 32,500, 15% of which come from abroad.

The Department of Social Sciences, which will celebrate its 25th anniversary in 2018, has a strong empirical base and brings together political science and sociology. The goal of teaching and research here is to perform problem-oriented analyses of the dynamics of modern societies and political regimes. In addition to the Bachelor in Social Sciences the Department hosts several other, also international, MA programmes and a Graduate School.