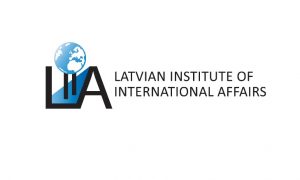 The Latvian Institute of International Affairs (LIIA) was established in May 1992 in Riga as a non-profit foundation charged with the aim of providing Latvia’s decision-makers, experts and the wider public with analysis, recommendations and information about international developments, regional security issues and foreign policy strategies and choices, and performing scientific research. It is an independent think-tank that conducts research, develops publications and organizes public lectures and international conferences related to global affairs and Latvia’s international role and policies.

Among Latvian think tanks, the LIIA is the oldest and one of the most well-known and internationally recognized institutions, especially as the leading think tank that specializes in international affairs. In the LIIA’s efforts to provide expertise from a Latvian perspective, the Institute and its fellows have participated in and coordinated various international research projects. The Institute has recently been focusing on such research themes as

The LIIA has also devoted thorough attention to various aspects of energy security and policies:

The LIIA was founded and initially funded by several grants from the Swedish government to support research on Baltic security, and has cooperated with the Swedish Institute of International Affairs in skills transfer programmes for a number of years. The LIIA is currently financed by individual projects and does not receive permanent funding from any governmental or other non-governmental institutions.

Since its establishment twenty years ago the Latvian Institute of International Affairs has cooperated with a number of institutions that have provided scholarly, financial and technical support for various projects implemented by the Institute. The LIIA has participated in projects supported by Horizon2020, Citizens for Europe, European Economic Area and Norwegian Financial Instrument many other programs. Numerous projects carried out by the Institute (research activities, conferences and seminars, lecture programmes, and publishing activities) have recently been funded or implemented in close cooperation with:

Similarly, the LIIA has been active in cooperation with its counterparts in Europe and worldwide within various international scientific frameworks. At the moment, the Institute is a full member of the following research networks:

“Baltic EU Conversations” is the largest EU-themed high-level international conference in the Baltic countries. The conference traditionally attracts wide media interest due to the prominence of its participants and its highly dynamic and intensive panel discussions. Every year, speakers are selected to represent the diversity inherent in European Union decision-making – the conference draws the participation of the highest-ranking officials, influential politicians, think-tankers and university professors from all the EU member states and various EU institutions. “Baltic EU Conversations” deal with topics such as the political future of the EU, the state of the EU’s economy, EU and the US relations as well as other topical issues. The “Baltic EU Conversations” conference is supported by the Representation of the European Commission in Latvia and the Parliament of the Republic of Latvia, and is organized in cooperation with the Institute of International Relations and Political Science at Vilnius University, the International Centre for Defence and Security (Estonia) and the Ministry of Foreign Affairs of the Republic of Latvia.

Riga Dialogue is a high-level closed-door international conference in cooperation with Nuclear Threat Initiative, European Leadership Network, Friedrich-Ebert-Stiftung, and the Russian International Affairs Council. Additionally, a public discussion is organized within the framework of the annual Riga Dialogue conference aims to promote and discuss mutually beneficial and converging visions of the Euro-Atlantic security order. Relations between the Western countries and Russia since 2014 remain complicated. Uncertainty, about Russia’s policies, assertive rhetoric, and elements of a mutual arms race in the region have been causing concern on both sides. The geopolitical balancing that is currently taking place is a challenging issue for the major players and small countries that are geopolitical pivot points, especially the Baltic Sea and the Black Sea countries. Dialogue is essential for limiting uncertainty and understanding each other’s fears and interests. Seating all sides around the same table increase familiarity and decreases distrust.

Riga Security Forum is a high-level international conference in cooperation with Friedrich-Ebert-Stiftung, NATO Public Diplomacy Division, and Embassies of Poland and Canada. Building on the experience of three consecutive LIIA public discussions devoted to the topical issues of NATO, Riga Security Forum aimed to gather key international policymakers, industry leaders, as well as military and civilian experts to discuss events, trends, opportunities and challenges lying ahead for the transatlantic community and NATO. At the Riga Security Forum format participants discuss NATO’s achievements and challenges including the Baltic States in NATO, NATO-Russia relations, the concept for transatlantic security as well as emerging threats in a transnational environment. Riga Security Forum in 2020 due to COVID-19 pandemic took place in an innovative podcast version and will gather international high-level experts and policymakers to discuss and drive the security debate on the latest Transatlantic cooperation and the most pressing global challenges that our region and international society face.

“The Latvian Foreign and Security Policy Yearbook” is an annual collection of expert views which aims to contribute to the understanding of Latvia’s foreign and security policy decisions and considerations, as well as assess the opportunities and concerns that await Latvia in the up-coming year. It is a practical policy-oriented publication with authorship of the best foreign policy experts of Latvia.

The Centenary of Latvia’s Foreign Affairs

“The Centenary of Latvia’s Foreign Affairs is the series of four books (2016-2019). Publications identify main currents in Latvia’s foreign policy thinking and the most remarkable individuals that contributed to shaping them. A team of local and foreign experts review key ideational trends in Latvia’s foreign policy during the Interwar period and today, as well as assesses the trajectories of thinking during the periods of exile and regaining independence.

Perceptions of Germany in the Security of the Baltic Sea Region

The book “Perceptions of Germany in the Security of the Baltic Sea Region” assembles the contributions from Sweden, Norway, Finland, Denmark, Poland, Latvia, Lithuania, Estonia, and Germany. It assesses the perceptions of Germany’s contribution to hard, so and regional security of the Baltic Sea region. The publication also engages in a mapping exercise, pinning down the most important perception- drivers – various stakeholders from the public and private sector and most important security narratives – and offers recommendations.

Name of the person(s) responsible for VIADUCT activities: