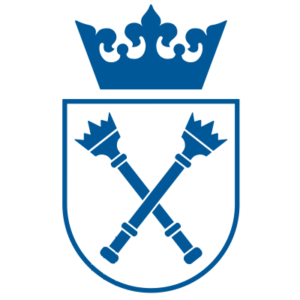 The Institute of European Studies is TEPSA’s newest Associate Member Institute. It makes part of the Faculty of International and Political Studies at Jagiellonian University – the oldest and the leading university in Poland. IES is known for its interdisciplinary approach, combining the perspectives of anthropology, economy, cultural studies, political science and international relations, history, law and sociology on Europe.

IES participates in research networks and international consortia, notably the research projects funded by the Horizon 2020 “POPREBEL. Populist rebellion against modernity in 21st-century Eastern Europe: neo-traditionalism and neo-feudalism” (2019-2021) and “EU3D. EU Differentiation, Dominance and Democracy” (2019-2023). IES has been participating in COST Actions as well as numerous Jean Monnet Networks and it has been involved in a number of nationally funded projects.

Educationally, IES hosts BA and MA programmes in European Studies in Polish and a variety of BA, study abroad and international MA in English. IES is a part of the Horizon 2020 Marie Skłodowska-Curie Actions Innovative Training Network: ‘Delayed Transformational Fatigue in Central and Eastern Europe: Responding to the Rise of Illiberalism/Populism’ (FATIGUE) (2018-2022) coordinated by University College London.

Here are some key recent publications of the institute’s work:

“In The Future of the EU: New Perspectives”, Natasza Styczyńska

The future of the EU: new perspectives is report published by UK in a Changing EU Think Thank. Following the UK’s exit from the European Union, this is an excellent moment to attempt to focus more directly on the EU itself and understand what is going on within it and how it might develop in the future. This report looks at what is happening in the EU and where it is headed. Report includes case studies of EU Member States and EU Institutions.

“The doctorate as experience in Europe and beyond : supervision, languages, identities”, Natasza Styczyńska and Marcin Zubek

The Doctorate as Experience in Europe and Beyond presents a detailed and fascintating account of completing a doctorate from the perspectives of researchers, supervisors and students. It provides an in-depth insight through qualitative data, interpretative methods and insider experiences for a truly unique perspective. Drawing on in-depth interviews with international participants, this book explores case studies and comparative analysis of the dimensions of researcher identity, the processes of supervision and the use of languages for teaching and learning and conducting research.

The book analyzes the so-called “The ECC effect”, i.e. the set of consequences of cities’ participation in the competition for the title of European Capital of Culture 2016, which was held between 2007 and 2011. The material for this publication was gathered during the research project carried out in 2016 in seven (out of eleven) participating cities, which included Gdańsk, Katowice, Lublin, Łódź, Poznań, Szczecin and Wroclaw. The main aim of the project was to determine whether the candidacy of Polish cities for the title of ECC 2016 has brought about important change, and if yes – what kind of change it was, what its main determinants were, and how and to which extend it influenced the general process of cities’ transformation regarding their identity, urban cultural policies, social activism, as well as cultural and artistic aspirations of local artists and residents.

“The Invisible Hand of Europe. The Museum as a civilizing Tool”, Łucja Piekarska

The book offers an interpretive approach to the Europeanization of heritage as found in museums. In order to make the analysis of museum diversity feasible, the research proposed and applied an analytical framework. Some general remarks conclude the work, which aims to map both the timeless and current phenomena of European identity construction.

Derived from the renowned multi-volume International Encyclopaedia of Laws, this book provides ready access to the law applied to cases involving cross border issues in Poland. It offers every lawyer dealing with questions of conflict of laws much-needed access to these conflict rules, presented clearly and concisely by a local expert. Beginning with a general introduction, the monograph goes on to discuss the choice of law technique, sources of private international law, and the relevant connection with other laws. Then follows clear description and analysis of the rules of choice of law on natural and legal persons, contractual and non-contractual obligations, movable and immovable property, intangible property rights, company law, family law (marriage, cohabitation, registered partnerships, matrimonial property, maintenance, child law), and succession law (including testamentary dispositions). The presentation concludes with an overview of relevant civil procedure, examining lex fori and issues of national and international jurisdiction, acceptability and enforcement of foreign judgements, and international arbitration. Its succinct yet scholarly nature, as well as the practical quality of the information it provides, make this book a valuable resource for lawyers handling cases in Poland. Academics and researchers, as well as judges, notaries public, marriage registrars, youth welfare officers, teachers, students, and local and public authorities will welcome this very useful guide, and will appreciate its value in the study of private international law from a comparative perspective.

Taking account of the increasing involvement of European citizens in the processes of giving meaning to the notion of Fortress Europe, this study examines how civil society groups (de-)construct European external borders in discourse and action.Employing the toolkit of critical discourse analysis, the study uncovers the discursive strategies that an exemplary selection of right-wing and left-wing civil society groups use to establish the metaphor of Fortress Europe as significant for the EU. Furthermore, it uses the theoretical lens of “acts of citizenship” (Isin & Nielsen, 2008) to analyze how the political activists constitute themselves and others as rights claiming subjects through creative and self-organized action.

“Reservations and Declarations under the Istanbul Convention”, Wojciech Burek

This book offers an in-depth and critical analysis of the Istanbul Convention, along with discussions on its impact and implications. It provides a valuable guide for policy-makers, students and academics in international human rights law, criminal and social law, social policy, social work and gender studies.

The aim of the paper is to show how Orientalism might impact on identity-building in Eastern Europe. Based on the concept of oppressive performative identity, and through an exposé of the different theories on how and why Europe is divided  between  East and  West, we  will  focus  on the  way  Orientalism, a  critical framework  originally  aimed  at  understanding  Western  imperialist  mechanisms, needs to be adapted to grasp identitarian issues in Eastern Europe.

The article discusses the process of formation and transformation of urban movements in Poland. The author describes the process of structuralization and the creation of the identity of the Polish urban movement and their role on the local political stage, stressing, in particular, their significant role as creators of a new discourse in Polish cities. The analysis relies on in-depth narrative interviews, participant observations and secondary data analysis. The author conducted 30 in-depth interviews with leaders of urban movements from sixteen cities. This research is based on the data collected during the research project “Urban Social Movements in Poland” supported by the National Science Centre.

This study examines the processes of representative claim-making in populist discourse, tying in with discursive-performative approaches to political representation, populism and social movements. The theoretical framework integrates Saward’s constructivist theory of representation and Moffitt’s approach to populism as a political style. Focusing on the Dresden-based right-wing populist ‘Patriotic Europeans against the Islamization of the Occident’ (PEGIDA) as a case study, the paper carries out a discourse-based analysis of PEGIDA’s claim to represent the people (‘Wir sind das Volk!’) in the movement’s early phase (2014/15).

“Introduction to the Special Issue: Globalization Thirty Years on: Promises, Realities and Morals for the Future”, Marcin Galent and Rafał Soborski

The last decade of the twentieth century was a momentous period in contemporary history. Today, the contrast between the current direction that the world is headed and the accelerated globalization of the 1990s is pronounced. Far from homogenizing the world, the processes of globalization have clashed with tendencies towards fragmentation, globalism has been undermined by nationalism, and the hegemony of free-market economics is often described as zombie-like, exhausted by challenges both on the right and the left. The aim of the article is to give a closer look at these phenomena through the prism of different angle of views.

“Glocalism and Its Implementation: The Case of Museum-Based Education”, Kinga Gajda

The aim of the article is to highlight the role of education as an element of glocality. Museum-based education is represented as a cultural biography of a region, its document, an institution that is interested in a small homeland and that addresses the locality. Such an understanding of museums allowed me to ascribe a specific function to them— a counteraction to oikophobia, creating an illusion of “homeness.” Hence, the main theory used in this regard is glocalism, and the dominating concept of teaching is multicultural teaching. The article deals with the issue of the relationality of a museum. And presents the museum as an institution that responds to cultural and aesthetic changes. Museum fits into the place and allows to experience it, which is why it is slowly moving away from postmodern individualism and group domination towards the idea of collective. It becomes a place that requires feedback from visitors and builds a sense of community.

“Commemoration at the Extremes: A Field Report from Dresden 2020”, Sabine Volk

This article explores the commemoration practices surrounding 13 February in Dresden in 2020, with a specific focus on the ongoing debates on the value and meaning of the date for the memory culture of both Dresden and Germany. After explaining the historical background of the ‘myth of Dresden’ and the emergence of the politics of memory in the city, I map out the main public events and actors, narratives, and controversies. By contrasting the official discourse with the events taking place in the public space, I show that contemporary politics of memory in Dresden are by far not as unified as city officials publicly declare.