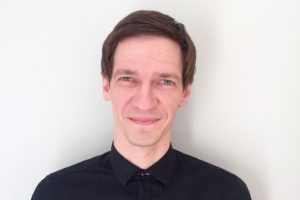 Dr. Matúš Halás has become a new member of our team at the IIR and a senior researcher at our Centre for European Security. He previously worked in professional military education, as a lecturer in strategic studies at the Baltic Defence College in Tartu (Estonia) and as an assistant professor at the Institute of European Studies and International Relations in Bratislava (Slovakia).

Matúš received his Ph.D. in International Relations from Charles University and he spent a part of his studies and also of his career at the University of Potsdam and the Bibliothèque de la Sorbonne. His research focuses on agent-based modelling of complex systems, deterrence theory and geopolitics.

His articles appeared in journals like Geopolitics, Social & Cultural Geography and Cambridge Review of International Affairs. Matúš also edited a volume titled Geopolitical Mistakes of the 20th Century that introduced classical geopolitical texts to the general public for the first time in a translated form. He regularly writes op-ed articles on topics related to European security and international politics too.