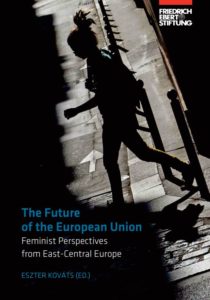 In this paper, we analyse points of connection between the feminist movement, the European Union, and the gendered division of labour in East-Central Europe with the methodology of world-systems analysis. The method and theoretical framework of world-systems analysis enables us to understand, first, that the European Union is the product of a certain historical-world economic phase. Second, that the southern and eastern expansion of the EU is embedded into a different world economic phase. Third, that the history of (feminist) movements of given nation states or regions cannot be understood merely through the social history of those nation states; rather, it has to be considered that (feminist) movements are also embedded in economic macro-processes. Fourth, that relations of dependency arising from unequal development are expressed in them. And fifth, that the relationship between informal and formal work is a hierarchical one:through their combination, informal work acts as a subsidy to the cost of formal labour, thus contributing to the accumulation of value on higher levels of the chain and within the household relation; female reproductive labour generally acts as a subordinated subsidy to male labour; and the contradicting logics of accumulation through unequal household relations, and love and care as part of reproductive relations, makes the household an intrinsic front of battles and compromises of human life within capitalism.