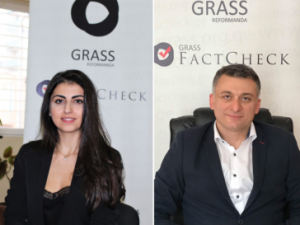 Georgia held its last direct presidential elections on 28 October 2018. As no candidate reached 50% of the vote, there will be a runoff between the top two: they are Salome Zurabishvili, who is backed by the ruling party Georgian Dream (GD), and Grigol Vashadze, of the United National Movement-led (UNM) coalition “Power is in Unity”. Despite the criticism from NGOs and opposition parties, the second round, which will ultimately determine who will serve as the president of the country for the next six years, was decided to be held in the middle of the week on Wednesday, 28 November 2018. Traditionally elections in Georgia are held on weekends. An election on a weekday disadvantages citizens living remote from their place of registration as well as Georgians residing abroad, a group which proportionately supported Vashadze in the first round of the election.” Read the full Op-Ed by Paata Gaprindashvili and Mariam Tsitsikashvili (Georgia’s Reforms Associates)