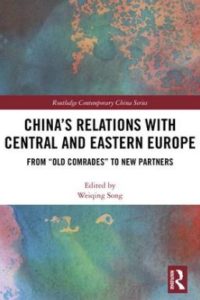 As China rises as an economic and an international power, new relationships are being forged with all areas of the world including Central and Eastern Europe. This book explores how this relationship is developing. It considers how China’s links with Central and Eastern Europe fit in to China’s overall international relations strategies. It looks at economic and trade ties, diplomatic initiatives and the role of the European Union, and examines China’s bilateral relations with the different states of the region. These relationships are particularly interesting because before the end of communism in Eastern Europe China had many direct links with the countries of the region.