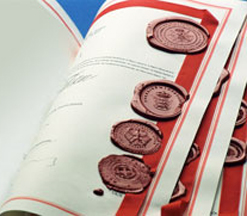 For quite some time now, voices have been raised in favour of a new revision of the treaties. In this context, the Spinelli Group has lately proposed a new Fundamental Law. During the last TEPSA Pre-Presidency Conference in Greece, a part of the debates was devoted to the possible revision of the Treaties. Are we now entering a new constitutional decade?

1) First all, the developments in the EU institutional structure are often triggered by strong external or internal challenges. People do not fall in love with institutions. The institutions are only means to an end: created to solve concrete problems. The Treaty of Lisbon was an answer to the challenge of enlargement and several Intergovernmental Conferences (IGCs) were convened in order to find a solution. Can we identify such a global challenge now? Yes, we are discussing now issues such as the Euro governance, Energy policy, CFSP… But do these specific questions call for a global answer or merely light amendments through simplified procedure provided for in the Lisbon Treaty? A new treaty has to address a global challenge threatening the existence or the identity of the Union. For the time being, such specific challenges have not been aggregated yet to one global challenge. More studies are needed on how, on based on these specific challenges, a global view or vision on the future of the EU can be distilled. It is the only way to justify constitutional reform.

2) Second, after defining a vision for the future of the European Union, it is necessary to find a consensus on the institutional scope of the reform. In the previous decade ten years of exchanges between academics, lawyers from the EU institutions and Member States, and politicians were needed to build a consensus on shared ideas on a reform. The Convention was merely place where a preexisting consensus was expressed, the main ideas followed from the preceding exchanges.

3) The third step is to explain the necessity and the content of the reform to the citizens. This step was omitted in the process leading up to the Constitutional Treaty and we have seen the end result. Conveying the message of the necessity and content of reforming the EU is difficult during a period of crisis in which the EU is often viewed as a punishing body pushing to implement unpopular economic reforms. It is the duty of the candidates for the next European election to raise such questions in their election campaign. There is no need to open theoretical discussions on institutional reform, but to start explaining how concrete difficulties can only be tackled with a change in EU’s governance structure. The main focus of the debate should not be on institutions, but on concrete measures aimed at improving the life of citizens. The treaty change should address current concerns such as migration and terrorism. If you can demonstrate that the treaties need to be changed to overcome also these challenges, you can win popular support for treaty change.

Finally, the promotion of reform requires a window of opportunity. Governments have currently no real appetite for reforming the EU[1]. They recall the saga of the last treaty revision and fear to open a Pandora box again. The appetite for reform is also linked to the next UK election. In case of a victory of the conservatives, a revision could be unavoidable but would probably be limited to satisfy the specific UK requests.  This might not be a fertile ground for a global revision, but you can never say never. Nevertheless, it seems reasonable to assume it will not take less than a legislature devoted to reflection as well as public discussion before considering a reform process. If a global revision is needed, which is not yet sure, there will be a long process ahead.

[1] As evidenced by the report prepared by former Permanent Representatives and former Commissioner Vitorino for “Synopia”.