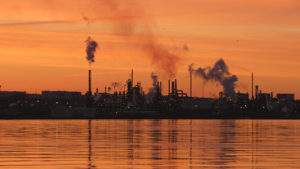 The main factors likely to shape the energy and climate fields in 2017 are: a relatively contained volatility in the prices of oil and the implementation of increasingly ambitious climate policies in a context of political uncertainty.

The year 2016 bequeathed Spanish foreign policy some major and pressing challenges in the arena of energy and climate: the swift coming into force of the Paris Agreement, the completion of the rulebook following COP22, the energy and climate uncertainties stemming from Brexit and the Trump Administration, the long-awaited Energy Union Winter Package and an agreement between OPEC and Russia to restrict oil production. Many of these are, in fact, developments that had already emerged by the end of 2016, and thus will to a large extent mark what 2017 brings. The present analysis offers a number of conjectures regarding: (1) the geopolitics of oil prices; (2) the central importance that the evolution of European energy policy will have for Spain; (3) the future of aspirations surrounding the climate; (4) the development and implementation of European and Spanish climate policy; and (5) the opportunities that emerge from the leadership vacuum that the US is expected to leave in international climate talks.