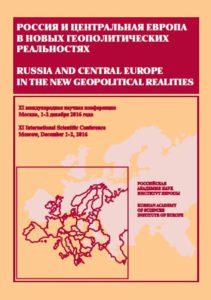 The author, Csaba Weiner, joins the latest trend of focusing on Russian attempts at developing their political but also economic influences on other countries and in this research paper explores the new forms of Russian investment in Hungary.

Russian investments in Hungary, however, have attracted considerable interest on only a few occasions. Possibly the first time this happened was at the turn of the century when Gazprom was to acquire majority stakes in two Hungarian (petro)chemical plants, TVK (now Mol Petrochemicals) and BorsodChem. At the turn of the 2010s, the acquisition of shares in the Hungarian oil and gas company Mol by Surgutneftegaz, Russia’s third-largest oil producer, was deserving of serious scrutiny. And in the mid-2010s, the project for the construction of two new reactors at the Paks nuclear power plant (the Paks-2 project) is worthy of special attention.

In the first two cases, Russian attempts ultimately proved to be unsuccessful, and thus became examples legitimizing fear of Russian capital. Contrary to these two, Paks-2 is not a foreign direct investment (FDI) issue; however, there are many uncertainties surrounding the project. In this paper, we measure Russian presence in Hungary in terms of foreign direct investment. To achieve a more comprehensive view, on the one hand, the study looks at what the various official statistics portray, and, on the other, by using company data and case studies, it is determined the extent to which the former sources provide an accurate depiction of the real picture. Furthermore, the article offers an explanation for the current size of Russian FDI in Hungary.

Finally, the author shows that a new form of Russian investment presence may arise through Paks-2, which will be a much larger project than any Russian FDI in Hungary so far or expected in the future. Paks-2 is not only a game changer for Hungary’s energy policy, but it will have considerable impact on Hungary and Hungarian–Russian relations.

Find the full article in the following link, both in Hungarian and in English.