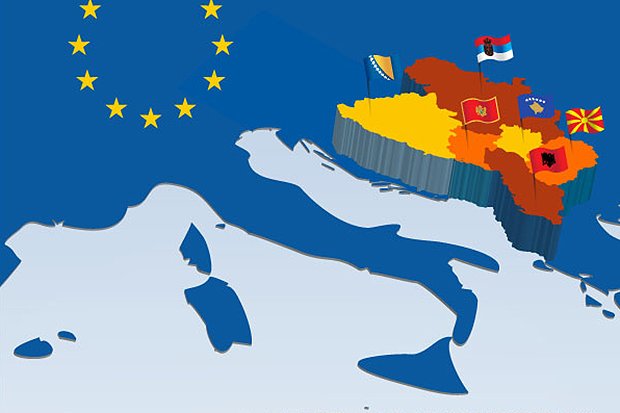 Recently, more attention has been given to the Enlargement file. After having presented its Strategy for the Balkans last February, on 17 April the European Commission came forward with its annual Enlargement Package. Onthat same occasion the Commission proposed to the Council to open membership negotiations with (the Former Yugoslav Republic of) Macedonia and Albania. Furthermore, on 17 May the EU-Western Balkans Summit will be held in Sofia, and in June the Foreign Affairs Council will address the Enlargement file.

Greater attention for Enlargement is a good thing. For too long the Union’s efforts have been mainly addressed to the economic crisis and the migration problem. Meanwhile the relationship with the neighbourhood –our Eastern borders and the Mediterranean area– has been more or less neglected.

With regard to the former Yugoslav region, it is well known that Slovenia acceded to the Union in 2004 and Croatia in 2013. Enlargement negotiations have already started with Serbia and Montenegro. FYROMand Albania for the moment are candidate countries. Finally, Bosnia and Herzegovina as well as Kosovo are potential candidates.

In this respect the opening of negotiations with Macedonia and Albania must be welcomed. The accession of these countries can only further benefit the political stability of our continent.

On the other hand, everybody is aware that the conditions for membership of the Union are difficult to fulfil.

The fundamental point of departure in this discussion regards the fact that –as is worded in Article 2 TEU– the Union is founded on the values of respect for human dignity, freedom, democracy, equality, the rule of law and respect for human rights, including the rights of persons belonging to minorities. Essentially Article 2 reflects as it were a precondition for membership: no membership without respect for these standards!

Then, politically speaking the so-called Copenhagen criteria of 1993 have to be taken into account. Countries wishing to join need to have:

And, also the EU needs to be able to integrate new members.

Having said that, enlargement of the Union in the former Yugoslav region is an investment in peace, security and stability in the whole Europe. The more so because the geopolitical situation at all our external borders, whether in the East (Ukraine-Russia, Moldova, Belarus and the Southern Caucasus) or in the South (Northern Africa), is far from stable as yet.

Now, certainly, the candidate states have to do their utmost to reform their societies, inter alia in order to be able to fulfil the conditions for membership. It will take a while before these ambitions arerealised.

On their side,the Union and its member states should understand that we are confronted here with a mutual responsibility, because it is our interest as well that the full respect of our fundamental values and standards is guaranteed in our neighbourhood. Let’s therefore consider this exercise a ‘common’ challenge. It is worth an investment, from a perspective of transfer of knowledge and expertise, as well as financially.

We can only hope that the Council will soon take a positive decision regarding the Commission’s proposal to open accession negotiations with (the Former Yugoslav Republic of) Macedonia and Albania.

During the presentation of the Commission’s Enlargement package on 17 April, the EU Commissioner for European Neighbourhood Policy and Enlargement Negotiations Johannes Hahn underlined the significance of reforms in all candidate states: ‘These reforms are not ‘for Brussels’ –effective judiciary, effective fight against corruption and organised crime, efficient public administration, stronger economy– all this will directly benefit the region and its citizens, and Europe as a whole.’

One can only agree with such a statement.