The third event organised within the framework of the ENURC project is an event in Riga, Latvia on the economic influence of both the EU and Russia on the Eastern Partnership states. The event combined an expert meeting on 21 October 2015 and a public discussion with a wide audience on 22 October 2015. This combination ensured a very high level of expertise and state of the art among the speakers, which was of great interest to the general audience attending the public sessi

The expert meeting was an exchange of views on evaluating the economic presence of Russia and the EU in the Eastern Neighbourhood. The meeting had as aim to develop a concept for a book on Eastern Partnership focusing on the impact of the Deep and Com 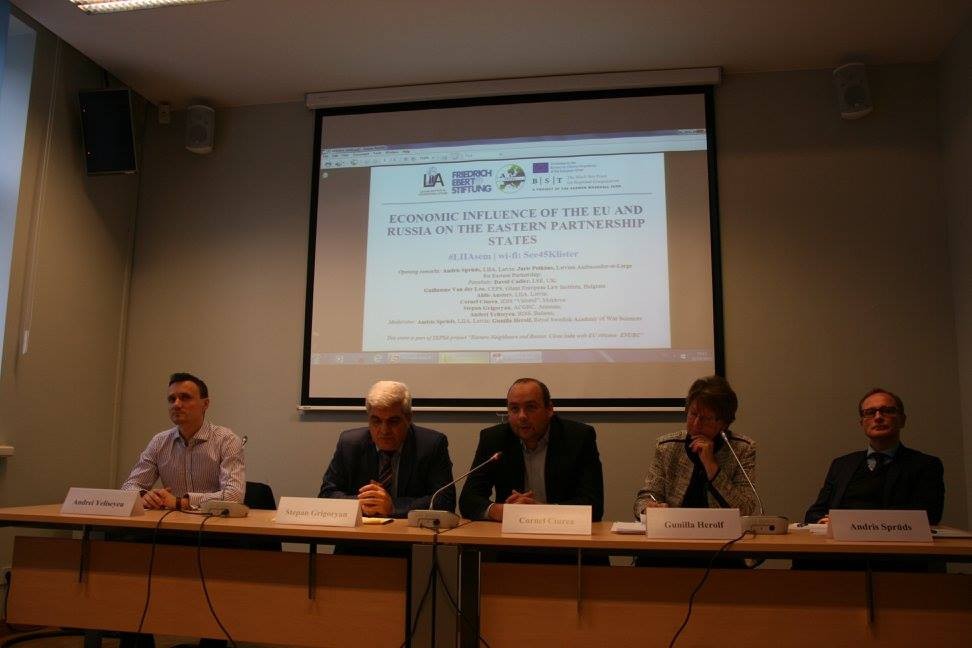 The public discussion focused on “Eastern Neighbourhood Economies between the EU and Russia”.
Here experts from the region in question and several EU member states presented and discussed this topic from their diverse (national) standpoints. 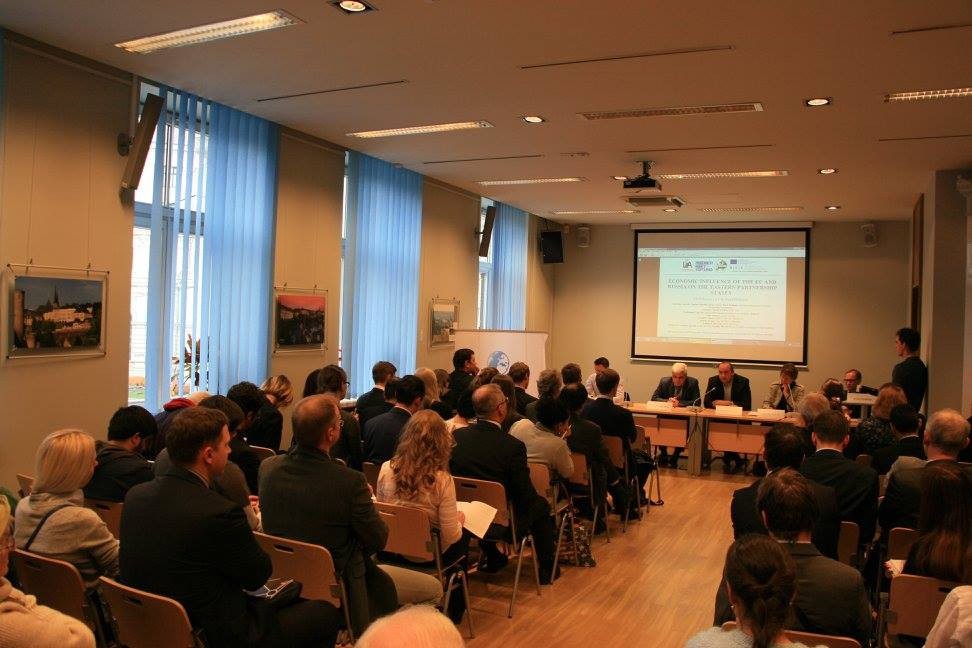 ge of views among experts gathered 11 experts from Latvia, France, Sweden, Belgium and ENP countries Moldova, Armenia and Belarus. The public event gathered over 100 policy makers, diplomats, academics, students, civil society representatives and not-organised citizens. 81 signatures of participants were collected, hence the total number of 81 participants included in the reporting of the project.

There was a majority of the participants coming from Latvia itself, but they had the opportunity to interact with citizens from Italy, Sweden, Finland, Germany, all six Eastern Partnership countries (Armenia, Azerbaijan, Belarus, Georgia, Republic of Moldova and Ukraine), Norway, Canada, Uzbekistan, Kazakhstan, Tajikistan, Turkmenistan and Japan.

More information about this event can be found on the LIIA website.