Since the refugee crisis of the mid-2010s, migration into Europe has become the chief political hot-potato in the EU. While some see the influx of economic migrants and refugees as a threat, others advocate in favour of migration in the interests of the European Union both economically and socially. The flaws of the Dublin system having been laid bare by the crisis, migration has shot to the forefront of EU debate.

National-level responses to such challenges vary from Member State to Member State. In Hungary, closed borders caused tensions with Croatia; in the United Kingdom, migration took center-stage in the Brexit debate, and in Bulgaria, since 2014 a fence has been erected along the Turkish border to reduce immigration. But is there a better way? Should Europe try to resolve the situation on a collective basis? And if so, what role should the European Union formally have in such a solution? 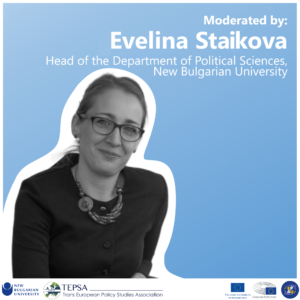 The event took place in Bulgarian. It started with a presentation on EU Migration Policy “in a nutshell” before moving on to a panel discussion.

You can also join our event throughout the Conference on the Future of Europe platform.