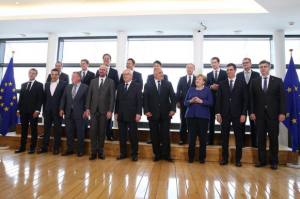 The EU’s problems stem not only from within but also from without. What the governments of non-member countries do has an impact on the range of ‘clusters’ into which the Union is fracturing, divisions that are already more complex than North-South, East-West or lenders-borrowers. It is not the cause, but certainly a catalyst of these differences and has a marked centrifugal effect.

The factor that is most fracturing the Union is the attitude towards economic immigration and the arrival of refugees, because an ever-greater number of Europeans are forming to the view that it affects their national identity. The current debate in Europe has a great deal to do with identity and taints everything, as evident in the run-up to the European Council meeting that in a few days’ time is due to debate the future to which the EU aspires.

These human influxes stem from armed conflicts, often poorly handled by Europe, such as the civil war in Syria –Turkish cooperation in reducing the flow of refugees towards the EU is proving crucial– and the collapse of Libya. There is also the greatest income inequality in the world: the one separating the Mediterranean’s northern and southern shores. What happens outside the EU thus clearly affects what takes place within it, and the way the EU reacts –and there have been several different reactions as seen at the mini pre-summit on Sunday in Brussels– will determine the nature of what it becomes. It should also be said that migratory flows within the EU, such as Poles going to the UK, also catalysed the identity-based pro-Brexit vote in rural areas.