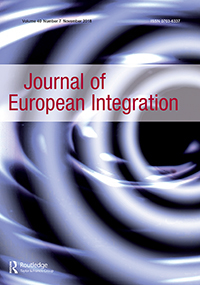 How does the EU and its member states organize their support for reforms in the countries of the EU Neighbourhood? Building on organization theory research on reforms as sets of loosely coupled ‘garbage can’ processes, we conceptualize the ENP induced reform processes as an organized framework connecting the reform capacities of not only the EU institutions but also EU member-state governments. We apply this approach to Ukraine in the post-Maidan period. We focus on the interplay between EU-level reform capacities and the capacities of two member states highly active in Ukraine, namely Germany and Sweden. As this case illustrates, the current approach provides a complementary perspective to mainstream approaches to the study of the EU’s external governance as it offers partial explanations of how organizational processes may impact on the efficiency of reforms promoted by the EU and its member states in the neighbouring countries.