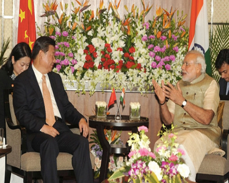 The dawn of the 21st century has seen a re-balancing of the international playing field from the Atlantic to the Pacific due to the swift emergence of China and the hegemonic position of the US since the collapse of the Soviet Union. In this context, the Asia-Pacific region began to attract increasing attention within the foreign policies of most states.