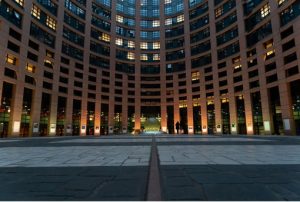 The world is changing, and so is Europe. It is clear that in 2019 the race for office in EU institutions will be fiercely contested.  Spain’s merchandise exports, which have played a significant role in the economy’s recovery, set a new record in 2018 of €285 billion.

“The new political reality has been evident now for some time. The world is changing, and so is Europe. The days of a permissive consensus are long gone and there are a number of political parties trying to exploit and capitalise on change. It is clear that in 2019 the race for office in EU institutions will be fiercely contested. There are already rumours doing the rounds about the names that will be competing for the top jobs –the presidency of the European Commission and the European Council, in addition to the presidency of the European Parliament (EP) and the European Central Bank–. Power politics in the Union, together with the never-ending South/North and East/West divide will be decisive in the selection process. In addition to the Union’s leading figures –of which I hope some will be women– there are a number of issues that are being closely followed in circles interested in European politics. […]”

Link to the full publication