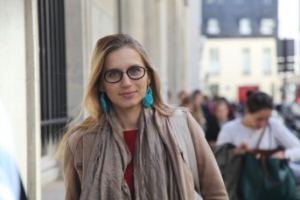 Seminar Cities are back in town: Eritreans neighbourhoods around the Red Sea. Social organisation of a diaspora of refugees in camps, villages and urban communities in Eastern Sudan, Yemen and Saudi Arabia, Wednesday 21 June 2017, Sciences Po

The Eritrean refugee diaspora has settled around the Red Sea since the early 1960. The forms of urban or rural settlement in the sub-region has varied according to the legal, political, sociological, economic and geographical context in which Eritreans have been integrated. Focusing on the legal and political context, we describe three sites of ethnographic fieldwork (2004-2007 / 2013-2015) corresponding to three types of « managing » refugee flows in the Middle East. Sudan has been hosting the majority of Eritrean refugees mostly in urban centers (Khartoum, Kassala, Gedaref, Port Sudan) and refugee camps which progressively became urban centers in the Eastern part of the country. Yemen has also hosted thousands of Eritreans mainly in the Red Sea coastal rural areas (villages) and urban centers (Hodeidah, Sanaa, Aden). Saudi Arabia has welcomed Eritreans as migrants mostly in Urban centers (Riyadh and Jeddah). The social organisation of those communities vary greatly as much as the connection of those communities with each others and with the « mother land ». This comparative work serves as an empirically grounded reflection on the varieties of « transnationalism », « integration patterns » and « social transformation » at stake in a refugee diaspora in the Global South. We use spatial analysis and an ethnographic survey (around 250 interviews) to try and describe the main features of those different communities and their relations with their host context.

Speaker: Hélène Thiollet, Sciences Po, CERI, CNRS
Hélène Thiollet is a CNRS permanent researcher. Her research focuses on the politics of migration and asylum in the Global South, and she focuses her empirical research on the Middle East and Sub-Saharan Africa. She teaches international relations, comparative politics and migration studies at Sciences Po.