EIPA expert, Sabina Lange, together with key scholars in the area, has edited and authored a new volume on The Making of European Security Policy: Between Institutional Dynamics and Global Challenges.

This volume addresses how and in what capacity the European Union and its member states are able to respond to fundamental shifts occurring in global politics and remain relevant for the future.

The changing nature of the international system is subject to considerable contestation among scholars, with many claiming that the fundamentals of the post-war international system are being rewritten. This volume brings together prominent scholars in the field of European security to address a range of pertinent issues related to Europe’s role in the context of evolving global challenges. The first section focuses on whether the EU is an actor with a strategic nature and the means to act on a global security strategy. The second section considers the institutional dynamics and the approaches at the EU’s disposal to fulfil its possible intended global roles. The third section addresses Europe’s most important strategic relationship—the partnership it has with the United States. This section considers the recalibration of the transatlantic relationship in light of the changing international system and the reorientation of U.S. foreign policy.

This book is dedicated to the memory of Simon Duke.

Simon Duke was a Professor at EIPA, Maastricht, from January 1998 until his unexpected passing on 5 September 2018. He held a doctorate from the University of Oxford. He was also a Senior Research Fellow at Maastricht University. Simon was one of the leading scholars in the field of EU external action, including European security and defence policy. He was the author of several monographs on European and transatlantic foreign and security issues, including the EU as a Stronger Global Actor: Challenges and Strategic Responses (Palgrave Macmillan 2017) and Will Brexit Damage Our Security and Defence? (Palgrave Macmillan 2018).

The book will be officially launched on June 18 from 12:00 to 13:00 CET and the launch discussion will be hosted by Sabina Lange. Join the launch here. 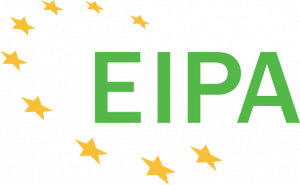