In 2022 the University Foundation starts a series of panel debates In its new “Speakers’ Corner” series, which will give the floor to British speakers on EU and UK-EU affairs. It is organized in collaboration with the Trans European Policy Studies Association (TEPSA). The first activity in this series takes place on Wednesday 23 March 2022 at 6 pm, and will deal with  “WHAT THE PAST TELLS US ABOUT THE FUTURE: UK – EU RELATIONS”. The panel consists of Sir Stephen Wall, Dr Martin Westlake and Mr Charles Grant.

The debate is followed by a reception.

Presentation of the speakers and the moderator.

STEPHEN WALL was, for 35 years, a British diplomat. He worked closely for five British Foreign Secretaries and for three Prime Ministers. He took part in the negotiations of five European Treaties and was for five years the UK’s Permanent Representative to the EU. He was Prime Minister Tony Blair’s senior official adviser on EU matters. His latest book “Reluctant European, Britain and the European Union form 1945 to Brexit” was published by Oxford University Press in 2020

MARTIN WESTLAKE is Professor at the College of Europe (Bruges). He has spent over four decades studying European integration. He has worked in the Council of Ministers and the European Commission, with the European Parliament and from 2003-2013 in the European Economic and Social Committee, where he served as Secretary General, 2008-2013. His most recent publications include ‘Slipping Loose: The UK’s Long Drift Away from the European Union’ and, as editor, ‘Outside the EU: Options for Britain’ (both Agenda Publishing, 2020)

CHARLES GRANT has been the Centre for European Reform’s director since its foundation in 1998. He works on subjects such as Brexit, the future of Europe, Russia and China.  Before founding the CER he was a journalist on the Economist for 12 years, including a stint as Brussels correspondent. His biography of Jacques Delors, ‘Delors: Inside the House that Jacques Built’ appeared in 1994.

JIM CLOOS is presently Secretary General of TEPSA (Trans European Policy Studies Association). He retired in February 2021 as Director-General in the General Secretariat of the Council of the European Union, after a long European career in the Luxembourg Permanent Representation, Commission cabinets and the Council Secretariat. He co-authored “National Leaders and the Making of Europe”, an ‘insiders’ history’ of the European Council, John Harper, 2015, as well as “Le traité de Maastricht: genèse, analyse, commentaires.”  (Bruylant 1993). He has published numerous articles on EU-related questions.

Register and pay before: March 15 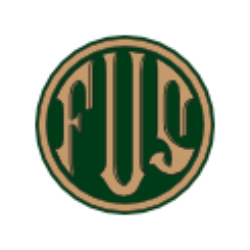