This will be the seventh year of the “Baltic EU Conversations”, the largest EU-themed high-level international conference in the Baltic states. This year, “Baltic EU Conversations 2022” will deal with several topics, investigating the state of the economy and trade of the European Union, the quality and potential outcomes of the most recent debates on the future of Europe, investigating who are the stakeholders that are driving the switch to carbon-neutral societies as well as how like-mindedness could be achieved in current and future situations. The debates will also include the subjects such as Digital Europe and the EU’s role in the Indo-Pacific region. The conference is organized by the Latvian Institute of International Affairs (LIIA), in cooperation with the Institute of International Relations and Political Science at Vilnius University (Lithuania), the Estonian Foreign Policy Institute and the International Centre for Defence and Security (Estonia), and the Ministry of Foreign Affairs of the Republic of Latvia.

Institute of International Relations and Political Science at Vilnius University (IIRPS VU) will host separate Panel Conversation: On Trade and Politics in Indo-Pacific Region. The Indo-Pacific region has acquired its righteous place among the most essential regions in the world. Economic and technological power, growing political visibility and military stand-offs in the region have acquired regular global resonance. European Union member states continue engaging and trading with the region in spite of growing security concerns and hostilities with some countries. The task of this conversation is to investigate where the EU should embrace Indo-Pacific region and where it is better to avoid it.

More information about the conference are available on LIIA website. 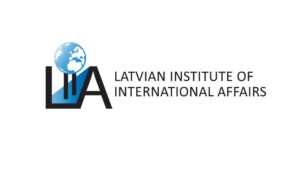