Opening of the second class of the EUCAIS Master programme in Berlin
For the second time, CIFE and the Institut für Europäische Politik (IEP) organise the Master programme „Studies on the EU and Central Asia in the International System“ (EUCAIS) with support of the Volkswagen Foundation and funding by the Jean-Monnet-Programme of the European Union. 30 students from Afghanistan, Kazakhstan, Kyrgyzstan, Tajikistan, Turkmenistan, Uzbekistan as well as from the Chinese province of Xinjiang and the Indian region of Kashmir gathered for their first workshop in Berlin from 23 to 27 September 2013. The official opening ceremony took place in the Europäisches Haus in Berlin. Mr Marc Bogdahn, head of the division Southern Caucasus and Central Asia, Foreign Office, Berlin, discussed the relations between the EU and the Central Asian states from a German perspective. Over the course of the workshop, the participants completed an intensive study programme and obtained an outlook to the upcoming semester, they equally had the opportunity to personally interact and establish contacts. For more information please see here.

Opening of the academic year: Master in Advanced European and International Studies (MAEIS), trilingual branch in Nice
23 participants from 16 different countries were welcomed on 4 October 2013 in the premises of CIFE’s Institut européen-European institute in Nice for the opening of the academic year. The participants of the trilingual branch (teaching  languages are English, French and German) will be spending two trimesters in Nice and one in Berlin, as well as a one week stay at CIFE’s partner university in Rostock and a two week seminar at the EuroSapienza, CIFE’s partner university in Rome. A study trip to the European and international organisations to the European and international organisations in Geneva, Strasbourg and Brussels will also be part of the programme. For more details please see here. 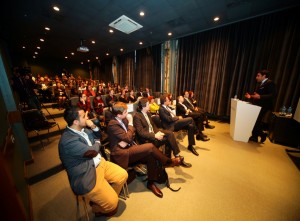 Start of the Master in Advanced European and International studies (MAEIS), Anglophone branch in Istanbul
On 8 October 2013 the students of the Anglophone branch were welcomed on the campus of Istanbul Bilgi University, CIFE’s partner for this programme. This year’s 30 participants come from 20 different countries and from five continents.
M. Ahmad Alhendawi, the UN Secretary-General’s Envoy on Youth and CIFE Alumnus of the IE•EI (Master programme 2010/11), delivered the inaugural lecture for the opening of academic year dealing with “The UN’s commitment to Youth in the 21st century”. The video of the inaugural lecture can be seen here.