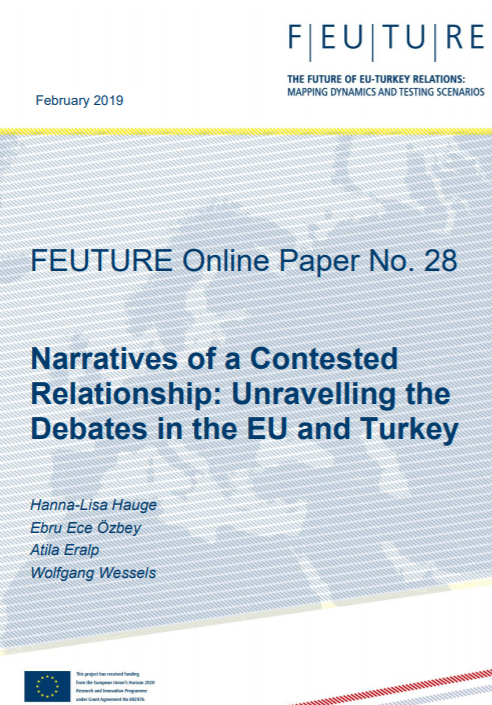 This paper outlines how narratives on European Union (EU)-Turkey relations changed over time since the 1960s and until the present. Applying a narrative approach, the paper aims to deconstruct a debate, which has been characterized by a plurality or even cacophony of stories by different actors. It presents the most influential narratives of EU institutions and Turkish political actors and traces their change over time as well as the dynamics between them. Based on a qualitative coding of a vast set of official documents from EU and Turkey (ca. 280 documents), it draws the following main conclusions:

Overall, the research draws the conclusion that currently there is a combination of conflictual elements as well as arguments emphasizing the importance to cooperate with each other. Hence, the study’s results are in line with the main conclusion drawn by the FEUTURE project, namely, that the most likely scenario for the future is “conflictual cooperation”.