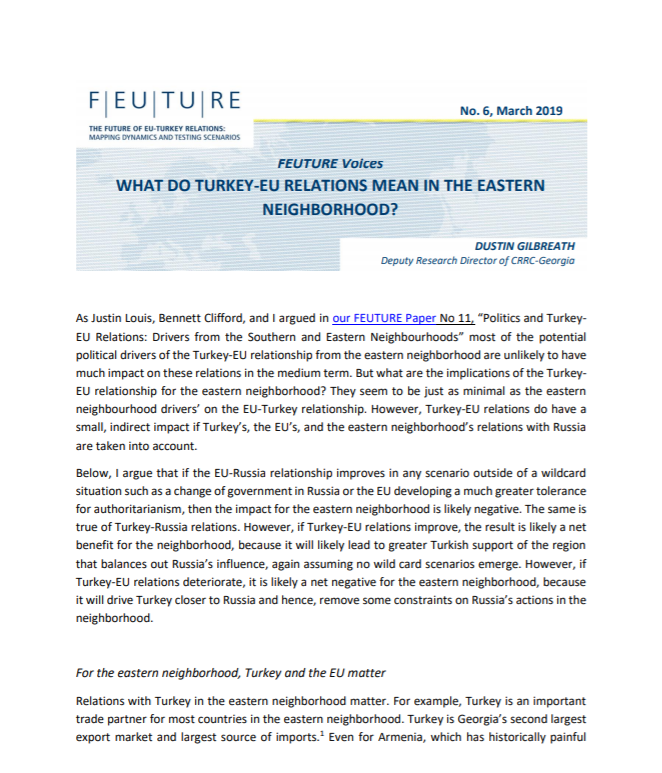 The paper argues that, if the EU-Russia relationship improves in any scenario outside of a wildcard situation such as a change of government in Russia or the EU developing a much greater tolerance for authoritarianism, then the impact for the eastern neighborhood is likely negative. The same is true of Turkey-Russia relations. However, if Turkey-EU relations improve, the result is likely a net benefit for the neighborhood, because it will likely lead to greater Turkish support of the region that balances out Russia’s influence, again assuming no wild card scenarios emerge. However, if Turkey-EU relations deteriorate, it is likely a net negative for the eastern neighborhood, because it will drive Turkey closer to Russia and hence, remove some constraints on Russia’s actions in the neighborhood.