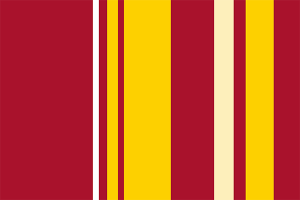 Whichever way one looks at it, Spain has been profoundly transformed since the 1978 democratic Constitution that sealed the end of the 1939-75 dictatorship of General Francisco Franco, the victor of the three-year Civil War. Be it economically with, for example, the creation of significant number of multinationals or the world’s second-largest tourism industry in terms of visitors (81.8 million in 2017), politically with a vibrant democracy that ranks high in classifications, socially with the greatly improved status of women or in foreign policy –where Spain has reclaimed its place on the international stage–, the country bears no resemblance to what it was like 40 years ago. Over the period, per capita income at purchasing power parity increased fivefold and life expectancy at birth rose by almost 10 years. All the more remarkable is that the transition, guided by King Juan Carlos I, was achieved in the face of considerable adversity. It was not guaranteed from the outset to be successful: the Basque terrorist group ETA killed an average of 50 people a year in the first decade of democracy (and mounted assassination attempts in 1995 on both the King and the Prime Minister, José María Aznar), and Francoist officers staged a coup in 1981 in an attempt to turn back the clock. The economy, which was entering a period of recession, galloping inflation and rising unemployment, was also subjected to unprecedented competition after decades of protectionism. In the first three months of 1976 there were 17,731 cases of industrial action alone. Today’s problems, such as the very high jobless rate, particularly among young adults, acute income inequality, increased social exclusion, the illegal push for independence in Catalonia and corruption in the political class do not detract from the fact that Spain has enjoyed an unprecedented period of prosperity and stability over the past 40 years. Spain has achieved conditions that are similar –in some cases better– than in the rest of Western European nations, disproving the theory, still beloved in some quarters, of the country’s ‘exceptional nature’ or ‘anomaly’.