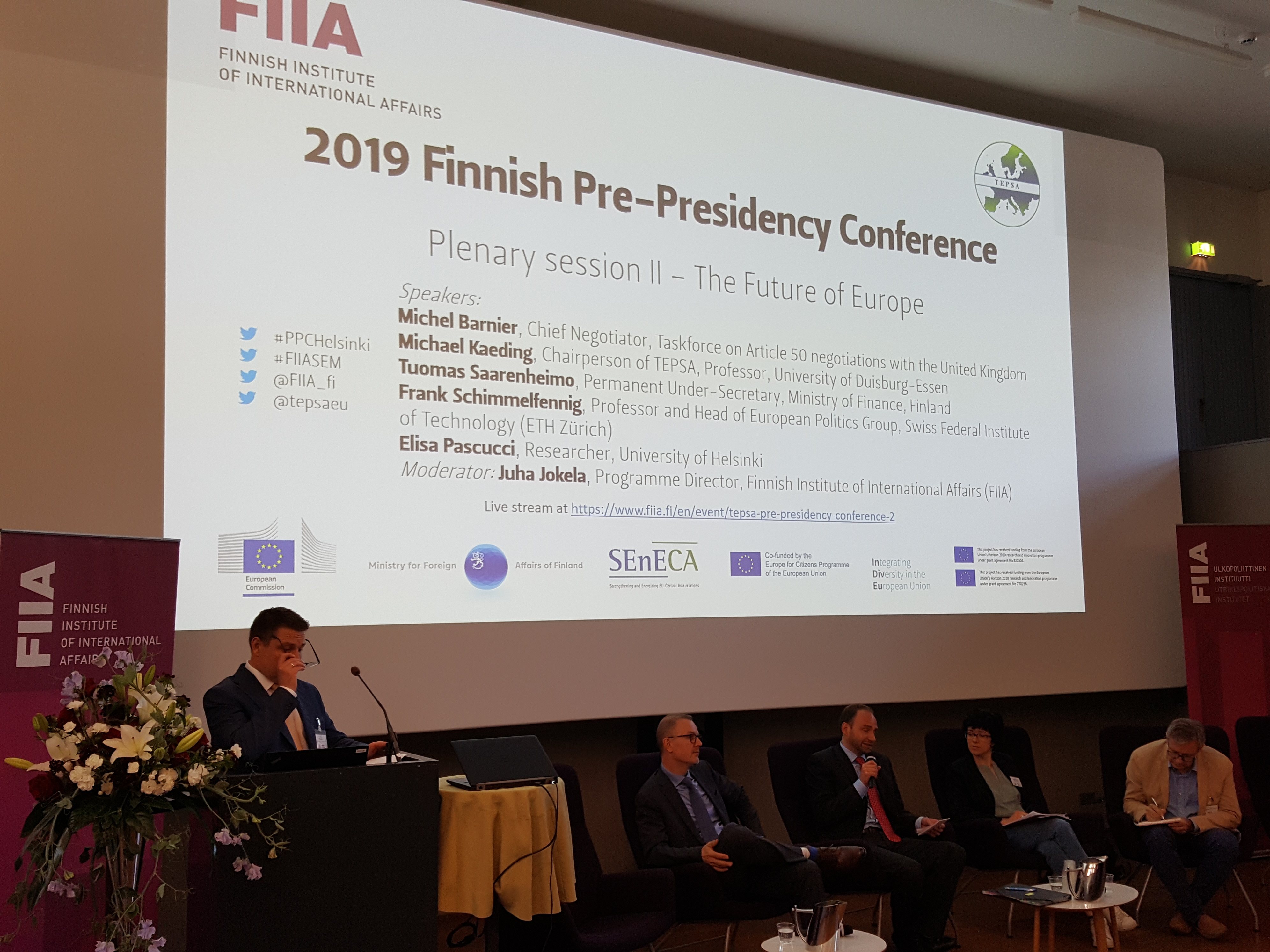 On 6 June 2019, TEPSA organised a panel on “The Future of Europe” at its traditional Pre-Presidency Conference, held in Helsinki on the occasion of the incoming Finnish Presidency of the Council of the EU. The panel featured a keynote speech on “Brexit and the Future of the EU” by Michel Barnier, Chief Negotiator of the EU Task Force on Article 50 negotiations with the United Kingdom. The keynote speech was followed by a panel discussion with leading experts from the TEPSA wider network. Prof. Michael Kaeding (Chairperson of TEPSA and Professor at the University of Duisburg-Essen) discussed the Future of Europe in light of the national results of the European elections held in May 2019. Tuomas Saarenheimo (Permanent Under-Secretary at the Ministry of Finance of Finland) gave a presentation about the possible impact of European elections for the future of euro-area economic integration. Prof. Frank Schimmelfennig (Professor and Head of European Politics Group at ETH Zürich and InDivEU partner) analysed the demand and the usefulness of forms of Differentiated Integration in different EU policy areas. Finally, Dr Elisa Pascucci (Researcher at the University of Helsinki) discussed the European elections results with a particular focus on the migration issue.

Prior to the event, TEPSA researchers formulate recommendations to be presented to high-level officials of the government concerned in a plenary session. The conferences actively involve civil society and media actors, who are able to interact with practitioners and academics. Finally, the insights gained during these conferences and seminars directly feed into future research on the EU and into EU policy making.