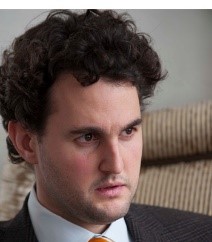 As of June 2017, George Tzogopoulos assumed the role of Senior Research Fellow and Advisor for EU-China Relations at the Centre international de formation européenne, Nice/Berlin.

Dr George N. Tzogopoulos, a journalist and media-politics expert, is the Founder of chinaandgreece.com and the author of the books US Foreign Policy in the European Media (IB TAURIS 2012) and The Greek Crisis in the Media (Ashgate 2013) . He is also a regular columnist in Global Times (China) and a commentator in various international media such as ARD, ZDF, Deutsche Welle, CCTV and Al Jazeera. Tzogopoulos co-operates with the European Council on Foreign Relations on the Scorecard project since 2010 and now prepares a new version of his second book to be published by Ashgate at the beginning of 2016.