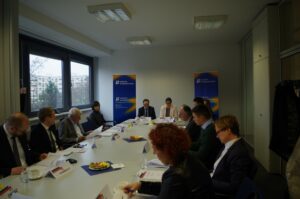 After a prolonged and bumpy selection and nomination process, the new EU Commission took office on 1 December 2019. Although the new Commission President has already outlined an ambitious reform agenda seeking to reform the European project, divisions between Member States, particularly between Germany and Hungary, remain large. Therefore, the German-Hungarian Expert Meeting took place on 12 December 2019 and discussed “German-Hungarian relations and the future of the European Union” in light of the German EU Council Presidency and the new European Commission.