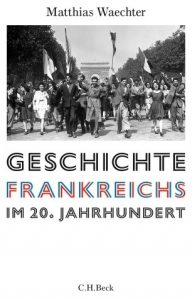 “France is our fatherland, Europe is our future,” François Mitterrand used to say. He thus summed up the lesson to be drawn for him from the 20th century. After two world wars that brought Europeans to the brink of collective suicide, after the loss of European hegemony in the world, the citizens of the continent would have no other choice but to build a new, common fatherland.

The theme of this series is the European history of the 20th century, the subject of this volume is France. The first question is, therefore, what place does France occupy in European contemporary history? What is distinctive about France’s development in the last century? What is the difference between France and its partners in the European Union? What is particularly French about this history and what is generally European? In short, what is France’s place in the European history of the 20th century?.